The Marist student body generally tries to avoid the cold weather, especially at this time of year. However there is one thing that will cause a mass exodus of students from their warm dorm rooms out into the cold. The dinner rush in the dining hall.

END_OF_DOCUMENT_TOKEN_TO_BE_REPLACED 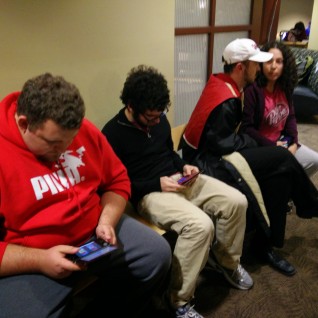 Students playing on their handheld games

A group of students playing Magic: The Gathering 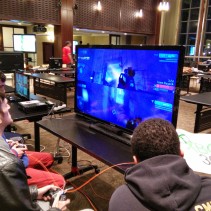 Students participating in a Halo tournament 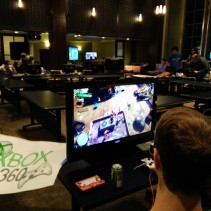 Students playing a game on the Xbox One

A sample of the Towerfall tournament

A group of students enjoying a game of Rock Band

Students participating in a Fifa 15 tournament 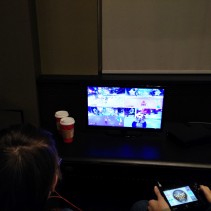 The past week at Marist College was filled with events all relating to video games. Starting on Friday, Nov. 7 to Saturday Nov. 15 Marist played host to a number of events targeted at gamers, students interested in game design and even those in the game development industry.

The first event was the first annual Hudson Valley Undergraduate Games Conference on Friday, Nov. 7. This event, hosted by Marist Play Innovation Lab, was a showcase of students from Marist and other local colleges as well as some local game developers. The students made presentations, showed off their projects, and listened to talks from developers about various topics. “This is the first time we’ve tried this, but we hope it becomes a tradition… We aim to expand the presence of games and the gaming community here at Marist, as well as get students excited about working in the field of game development. We are also very excited to see other colleges get involved as well as people in the industry,” says professor Karen Schrier, the head of Play Innovation Lab and the conference as well. The conference was held in Lowell Thomas and featured talks by Joshua DeBonis, the founder of independent studio Sortasoft, Nik Mikros, the creative director of  games Smashworx and Tiny Mantis,  and Chris Garrett, CEO and founder of Z Workbench and creator of Qat Qi. Other panels included presentations by students about many topics relevant in the gaming community, and demos of student developed games.

Other events held during the week included a development workshop led by Marist alumni Liz Jasko, and a talk held by John Zurhellen of Nickelodeon Games.

By far the largest event, however, was Game Day. Hosted with a collaborative effort by three clubs — Marist Game Society; Marist Anime Society; and Chess club — this event is an all day gaming event held in the Cabaret in which students and alumni get together to play games, participate in tournaments, earn prizes and have fun. The event features hundreds of games and consoles that are running many different games, as well as card and board games and a PC gaming area. “We do this event every semester, and every semester it seems to get bigger and better,” says Gregory Cremins, president of the Marist Game Society, “It wouldn’t be possible without help and equipment donations from students, but after all the hard work is done, the event is always a blast, and our biggest event. This year we had over 200 people come and play some games with us.” Game Day this semester included several student-hosted tournaments including a Magic: The Gathering trading card game tournament, and several different versions of Super Smash Bros. tournaments. “the tournaments are always the most exciting part of this day. We usually have great prizes and lots of students want to participate every semester.” said Marist Anime Society Vice President Kristin Casey about the tournaments at Game Day.

Marist Games Week is looking to become an annual occurrence here at Marist College, and based on the first run this semester, I imagine that that will be the case for a long time to come.

The average person spends over nine hours a day looking at electronic screens. Devices like cell phones, laptops, gaming systems, and televisions are all around us every day, and are being used at an ever increasing rate, especially by the younger generations. These devices have made our lives much easier and more convenient, but such frequent use of electronic screens had led to the unfortunate side effect of digital eye strain. Digital eye strain can cause permanent damage after a prolonged period, so it is good to know how to prevent it.

According to a report from the Vision Council, a nonprofit organization advocating for the optical industry, “…The percentage of adults spending 10 or more hours in front of screens rose 4 percent in the last year.” Also according to the report,  nearly 70 percent of U.S. adults experience digital eye strain as a result of the growing use of these devices, and that young adults seem more susceptible than those from the older generations, with nearly 45% more reported cases in adults aged 18 to 34. Those with prescription eye wear can also be more susceptible, as the near or far sighted eye wear is not designed to bring computer screens, which are generally mid range, into focus.

END_OF_DOCUMENT_TOKEN_TO_BE_REPLACED

A photo of my lease agreement – photo courtesy of Daniel Treccagnoli

One of the realities of living the college life is that housing is not always a guarantee, especially if you go to a smaller college. Many students also choose to live off-campus on their own, without being forced out by limited on-campus housing options. Either way, going out on your own can be a very difficult process, especially if you don’t know what you’re doing. Marist, as well as many other colleges, have compiled a “guide” to help students make their way while living off campus. However, these guides don’t cover a lot of the issues students might face while living on their own off-campus. In this article I hope to address some of those issues and difficulties that students might face.

END_OF_DOCUMENT_TOKEN_TO_BE_REPLACED

Marist athletics has gone digital, with the development of esports teams for Dota 2 and League of Legends on campus. These teams are not officially affiliated with Marist College or Marist athletics, but do represent the school in the Collegiate StarLeague, a intercollegiate league organization that manages teams from colleges across the United States. END_OF_DOCUMENT_TOKEN_TO_BE_REPLACED 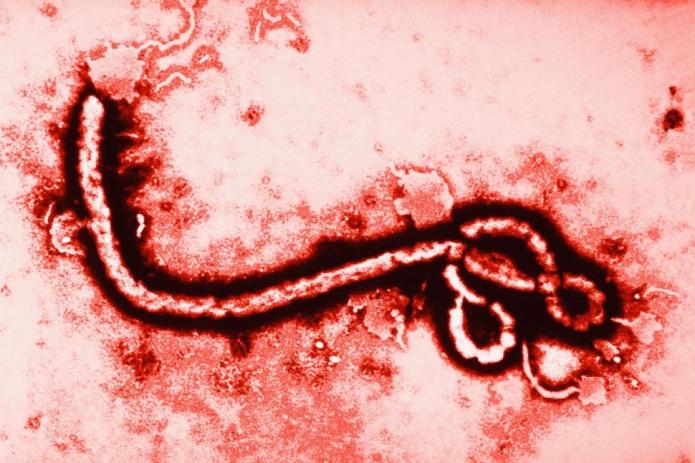 With the new semester kicking into gear, many students have begun to get into the familiar school mindset. School work, socializing, relaxing, and other responsibilities may have kept students distracted from the happenings in the world outside. The top stories this week include a deadly virus scare, a financial data breach, combating international terrorism, the end of a storied career, and a bending scandal.

END_OF_DOCUMENT_TOKEN_TO_BE_REPLACED

With the cold weather just around the corner, life is about to get miserable for all of us, even more than some people know. Have you ever felt that your phone underperforms when the temperature drops? Perhaps you think your battery is draining faster, or your screen is dimmer, or the phone is even running slower. Well, you’re not wrong, the cold weather does actually have an effect on phones, and other electronics that many of us have become so attached to, and carry with us on a daily basis.  END_OF_DOCUMENT_TOKEN_TO_BE_REPLACED