24 years is a long time for anything, especially for a club at college. To have a club stand the test of time, the members need to not only be committed to the club, they need to love and be passionate about everything about it. At Marist College there are a couple of clubs that have been around for that long, one of them is HuMarist. END_OF_DOCUMENT_TOKEN_TO_BE_REPLACED

On the campus of Marist College, the students are abuzz with Finals vastly approaching. Students are always looks for a nice place to study, most believe that there is only one quiet on campus place to study, which is the James Cannavino Library. However, those people are wrong, there are many great place to study on campus, some hidden gems if you will.

END_OF_DOCUMENT_TOKEN_TO_BE_REPLACED

On Tuesday, Marist College will be hosting ESPN journalist Jeremy Schaap, an event sponsored by the Marist Center for Sports Communication. This is another speaker in the Center’s Speaker Series, that has brought guest such as Bryant Gumbel, Peter Vecsey, among many others. These type of events are tough to put together and it takes more than just a phone call. “It takes a lot of time and effort to get people like a Jeremy Schaap to come speak at your school,” said Dr. Keith Strudler, Director of the Center for Sports Communication. As an intriguing of a life that Jeremy Schaap lived, I wanted to know more about how one person would go about getting a guest of Jeremy Schaap notoriety. To get the best advice on this subject I talked to the man who has been doing this for Marist College, Dr. Keith Strudler. I now present to you, the Dr. Strudler Survival Guide to Hosting a Speaker. END_OF_DOCUMENT_TOKEN_TO_BE_REPLACED

POUGHKEEPSIE, NY- Fall Break, for the most part is the first time Marist College freshman get to return to their hometown since leaving in August. Some are excited to be home with their family, to see their high school friends, to sleep in their own room, to have home cooking for the first time in two months. Others are not as excited to go home with chores and parental rules looming, some students love the new freedom they were given that one night in late August. As a senior now, going home does not have the same feel as it did that first time coming home freshman year. However, every freshman has expectations of what is going to happen and for the most part expectations and reality rarely match up. Sometimes the time that freshman think they are going to get on their break is not theirs to use, stuck going to various family gatherings instead of hanging out with friends. To write this article and to get the reaction that I need I have enlist the help of four freshman (two males and two females) to give me their expectations of their weekend and then reality they ran into. END_OF_DOCUMENT_TOKEN_TO_BE_REPLACED 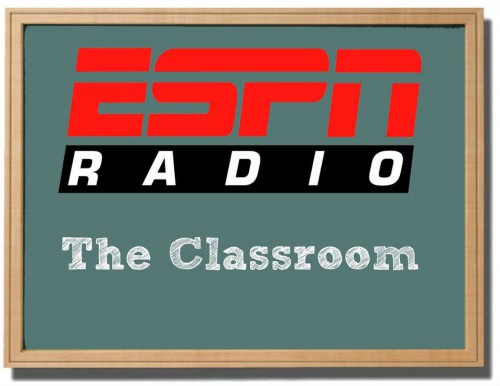 Poughkeepsie, New York- Many schools have radio stations on their campus, some have an affiliation with major networks like ESPN, and even fewer than that have mainly student run programs. Thinking about all the great Communication schools around the country, only one school has all three of these criteria on their campus, little Marist College in Poughkeepsie, New York. In the form of the radio program The Classroom, the students of Marist College get to feature their abilities in preproduction, post production and on air talent for the a radio show on Worldwide Leader in Sports ESPN, an opportunity that only few students have ever had.

This amazing opportunity for Marist students can be traced back to a single conversation, “Geoff Brault (Co-host of The Classroom) met with Bob DeFelice (Market Manager for Sunrise Broadcasting), and he told Geoff that ESPN was coming back to the Hudson Valley and he wanted to get involved with Marist and especially with the students,” said Director of the Marist College Center for Sports Communication and Co-host of The Classroom Dr. Keith Strudler, “We always wanted to get into the media world and this was our chance, and from that meeting we got two things the show The Classroom and the Marist 180.”

The show launched a year ago, and was intended not just to inform but also to entertain. Even though Dr. Strudler and Geoff Brault are the hosts of the show, all the work is done by students and has been since the first show. “It gives them something to put on their resume and the experience that they would not get anywhere else. Students get to perform tasks and jobs that they would not get anywhere, like board operator, producer, researcher,” said Dr. Strudler.

END_OF_DOCUMENT_TOKEN_TO_BE_REPLACED 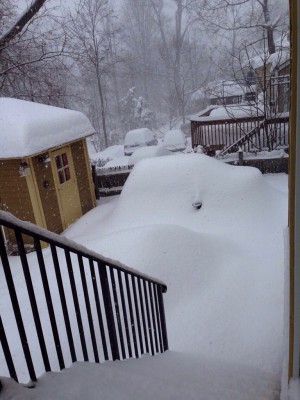 As the summer comes to a close we look back on one of the coolest summers we have had in a while. Temperature rarely ever made it over 90 degrees, according to the Jennifer Bain and Sophia Rosenbaum article Summer 2014 is the Coldest in a decade, “Only four days have hit 90 degrees this summer, three in July and one in August, with the hottest temperature on the books clocking in at 91.” As we start to edge closer to the beginning of fall, should the residents be concerned that a mild summer could mean another dreadful cold summer?

Did the cooler summer weather have any affect on the air conditioner/fans and outdoor equipment sales in the Poughkeepsie area? To get that information I talked with the manager of Home Depot, “I did not see any dramatic drop in sales with outdoor and air conditioning units.” Jorge the manager continued, “Due to the cooler summer we actually lower on all that equipment so we were still making the sales of that equipment.” I also asked him about how Home Depot is looking to capitalize on the predictably harsh winter vastly approaching, “In preparation for the anticipated cold winter, Home Depot has started to stock up on heaters.” Though Home Depot did not see the cooler summer as a big issues, they did lower the prices of the units. Mean they still recognized it was a cooler summer and looked to lower their prices to accommodate to its customers.