As I was signing my year-long lease two years ago, focusing on controlling my sometimes disobedient cursive “z”, my landlord told my seven friends and I that the most practical skills administered in college are learned when dealing with off campus housing.

Since, I have learned, mostly through trial and error, to fix a broken chain in the toilet tank, make out a rent check, memorize the scheduling of garbage day, familiarize myself with City of Poughkeepsie ordinance laws, and discovered the amount of burnt popcorn fumes it takes to send the fire chief to your front door.

According to a representative at Marist Housing and Residential Life, “at any given time there are 200-300 students that have chosen to live off campus within a 2-3 mile radius.” Selecting an off campus house, thus deeming yourself “a commuter” to Marist, presents numerous opportunities and considerations.

At 20 past 8 on Monday morning, freshman Brian Ramey awoke, hair mussed, to find that his alarm clock had failed to wake him up for class.

On Wednesday, just two days after being marked late to class, Ramey stalks into the Marist Post Office to retrieve his new clock. He receives the Amazon- stamped package promptly- “no line today”- and heads for the door. END_OF_DOCUMENT_TOKEN_TO_BE_REPLACED

Will’s signs can be seen northbound along Rt 9, as well as on corners like this one in Hyde Park.

Evidenced by the onslaught of signs advertising candidates on most corners in and around Poughkeepsie, election season is here. On Nov. 3, Dutchess County will host general elections for County Legislature in all 25 districts.

On the ballot for District 7, inclusive of The Town of Poughkeepsie and Hyde Park, is twenty-year old Marist junior, William G. Truitt, opposing incumbent Richard Perkins.

“Never underestimate an honest and earnest young candidate,” County Executive Marc Molinaro said of his former apprentice, Will, adding that he himself was 19 when he first ran for office. END_OF_DOCUMENT_TOKEN_TO_BE_REPLACED 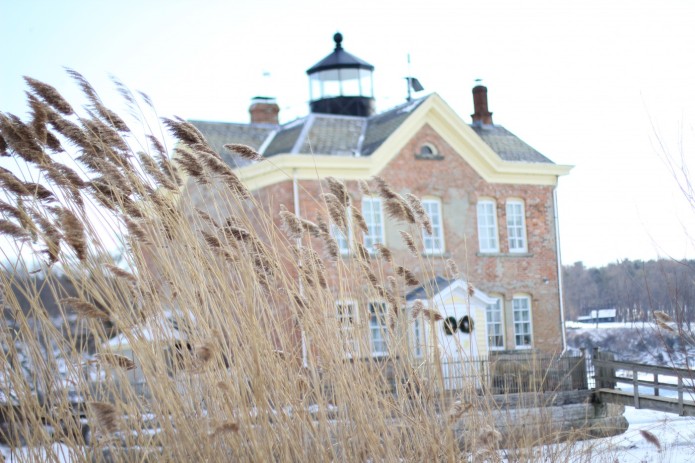 You can arrive by foot or boat, only.

If you’re walking, you must be wary of the tide chart delineating the twice-daily flooding of the half-mile trail to the lighthouse.

“Among the suggested packing list items are waterproof footwear, a flashlight, and your favorite snacks and beverages, as the only meal served on the premises is breakfast,”an e-mail from Lighthouse Keeper, Anna Landewe, preceding my one night stay with my visiting friend in a lighthouse, converted into a bed and breakfast, last January.

A time-lapse video of the half-mile walk to the Saugerties Lighthouse.

Saugerties Lighthouse, located in Saugerties New York (just 45 minutes from Marist) at the convergence of Esopus Creek and the Hudson River, was originally erected in 1834 by a $5,000 grant funded by U.S Congress to guide ships to the nearby port. After a damaging fire, the structure was re-built in 1869 as it stands today, a still-functional lighthouse and now historic site owned by Saugerties Lighthouse Conservancy, who bought the property from New York State in 1986 for one dollar. END_OF_DOCUMENT_TOKEN_TO_BE_REPLACED

A three-year operation to control vegetation at Marist College’s nature preserve via the hankering, non-selective appetites of six local goats has decidedly concluded following vandalism perpetrations this past July and August.

“The goats are not safe here,” said Dr. Richard Feldman, a Marist Associate Professor of Environmental Science and coordinator of Green Goats’ contract with the school.

In summer months, six goats cumulative eight-week stay at the nature preserve, half in July and then again in August, was marked by their intentional release not once- but three times. Unidentified vandals tampered with the electric fence, in place to confine the animals to one acre within the 12-acre Fern Tor Nature Preserve north of Gartland housing. “The fence was lifted at least once and then finally the fence was cut; that was the final straw,” Dr. Feldman said, “With Route 9 to the east and the railroad tracks to the west, it’s just too hazardous to have the goats running loose.”

END_OF_DOCUMENT_TOKEN_TO_BE_REPLACED

Kappa Sigma, founded in 1869 at the University of Virginia, boasts the largest membership of any college social fraternity with over 230,000 living members throughout the United States and Canada. 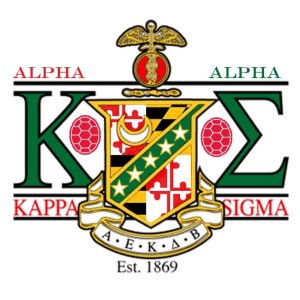 “My dad was a brother of Kappa Sigma at University of Central Florida when he was in school, so I thought I would carry on the tradition,” Brooks said. Previously a rower with a lack of time as his biggest deterrent, Brooks is optimizing his first free fall semester since freshman year.

Beginning a chapter, however, is not an immediate pronouncement. Particularly at a private college like Marist, where Greek life must first be applied for an assessed as a club, Brooks is in the early stages of a three-tiered, judicial process.
END_OF_DOCUMENT_TOKEN_TO_BE_REPLACED

Mother and daughters stroll through Epcot in Walt Disney World on Thursday.

ORLANDO-“Today? It will rain today,” Dominic, a Florida taxi driver, says like a

showers throughout the last weekend of summer for Walt Disney World theme parks in Orlando,

“Yesterday was raining and we couldn’t enjoy ourselves,” a family of three traveling

and a two-year-old Rania’s stroller, the visiting family felt that their three-day trip to

Disney would have been better enjoyed in good weather.

constitute an off season, according to 2012 statistics.