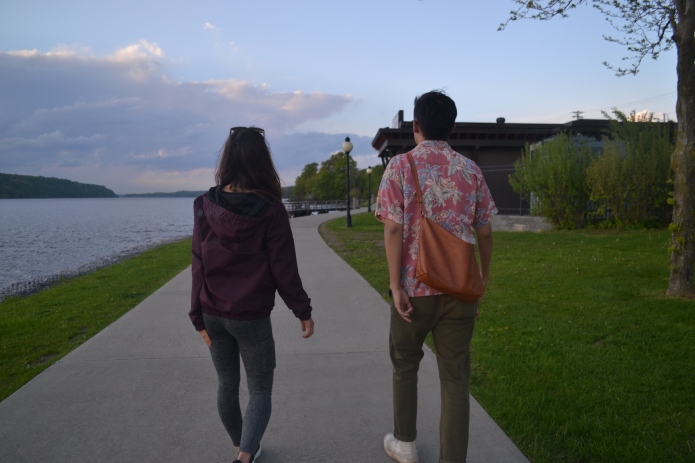 Society has created the idea that people must find “the one” in college. While some people have luck in finding their significant other for life in college, others are stuck waiting patiently for their prince charming to arrive.

While the idea of getting married is an exciting one, the pressure to find that perfect someone can put an astounding amount of stress on one’s self, including my own.

“The average age of marriage is sneaking up close to 30, so the norms of society are shifting away from young people marrying in their early 20s,” said Brian Ogolsky, professor in Human Development and Family Studies.

While statistics show that people are getting married much later in life, the media has pushed young adults by giving them misleading clues as to where they might find the perfect one. Whether it be through a dating app or a college party, the stories that have been told by a small percent of the population that have found their life-long partner in college has been blown out of proportions.

I have also witnessed many parents add to their child’s stress as they encourage them to keep a lookout on a future solemate. This mission has put a toll on my friends, and I, in efforts to finding “the one” in four years, which is not as easy as it sounds, and in most cases, won’t happen either.

Social media, in my opinion, has created this pressure and because of its impact on society it have made individuals increasingly worried to live up to the expectations set out by either friends, influencers, and/or celebrities. I have seen students plan their weddings from creating a Pinterest board with everything from the flower displays at the reception, to the ring they hope their future partner will give them. Marriage has become this underlying pressure that lies behind the back of our heads whether or not one is in a relationship.

In many cases, people will question their own relationships and even end one early if they can’t see their life with them forever. Yet, how can one predict the future? Why is society creating deadlines for us? Instead, the person should have control over one’s own life and not have to conform to what the rest of society is doing. Conforming is ultimately surrendering your freedom to a group of individuals that does not understand you and the relationship you are in. Only you can determine what is best for the relationship.

Marriage is not a joke, therefore, I feel this pressure is creating individuals to rush the relationship process making it inauthentic and forced. Love should not be pushed, but rather a feeling that comes naturally and in some cases spontaneously. If you have already planned on getting married in the future, you are unconsciously creating expectations and characteristics your partner should have.

Society has also put stress on the length in which you chose to stay dating, before possibly tying the knot. If you are contemplating on whether or not to get married with a partner you have or a partner you wish to have in the future, you have already paved a way for the pressure of society to inflict in your life.

“I think the pressure to be in a relationship stems from social media. There are Instagram pages dedicated to being in a relationship and I yearn the same image they portray in their photos. Everyone seems so in love and I feel there is a push to find that perfect person. Many people say they meet their partner for life in college, and because I have not found ‘the one’ it makes me worried even though I know I have a lifetime to meet that someone,” said Jordyn Rifkin.

Personally, I try and live my life day by day, not thinking about the future but rather living in the moment. While marriage is an exciting time, college may not be the place to find “the one,” and that is completely okay. Creating unrealistic expectations will make it hard to find your sole mate in the end and cause more work on your part than it should be.

While marriage may look perfect on the outside, it is important to note the responsibilities that come with being an adult. “It takes two to tango. While a relationship has its perks, no relationship is perfect. I think couples sometimes put up a front to make them feel like their relationship has no flaws, but it is actually impossible. You are putting together two individuals with different ways of living and making it into one. While there are perks, there are inevitable downfalls that people sometimes forget to talk about,” said Amanda Lauro.

If you want to get married or not, it is important to keep an open mind about relationships and that everyone moves at their own pace. I have felt the pressure and I am sure you have too. Embracing the unknown and focusing on oneself will ensure that the marriage trap does not make you its next victim.