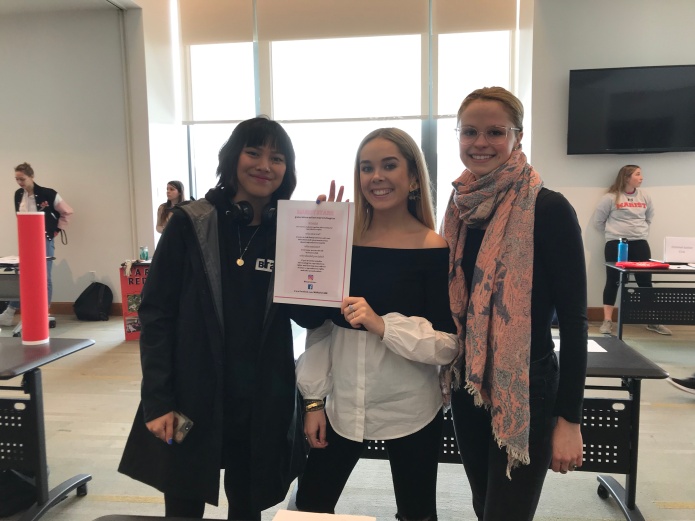 As students peruse the rows of club posters at the Activities Fair, they begin to notice a new club, STARR. All the officers of Students Advocating for Reproductive Rights as well as students, are excited to see the club finally sanctioned for the Spring 2019 Semester.

During her sophomore year at Marist, three seniors approached Beresheim with the idea of starting a club to bring awareness to sexual health. There was no particular club advocating for sexual education at the time and the students wanted a place to address the topic and bring awareness.

Beresheim explains they began with a series of “underground” events. During one event, students placed going-out survival kits outside dorms. These kits consisted of water, snacks and condoms.

Now a junior, Beresheim is delighted to see STARR become an official club. The first general members meeting is this semester, which is pretty exciting she says.

“I definitely think sexual health is an important issue because it really affects college students and students should have a place to talk about it,” says Beresheim, “We always hear about STDs being a problem on college campuses so we wanted to do something more.”

According to Washington and Lee University, one in four college students has an STD. The Center for Disease Control also stated Chlamydia is the most common sexually transmitted disease on college campuses. In 2017, 1.5 million cases of Chlamydia were reported and about two-thirds of those cases were among individuals 15-24 years of age.

With the alarming number of STDs on college campuses, STARR hopes to help students prevent the spread of more diseases. “Education is key,” says Beresheim. Knowing how to practice safe sex is incredibly important. Beresheim plans to bring guest speakers to the campus to discuss sexual health and reproductive rights. STARR wants to educate students about safe sex and provide them with resources such as free condoms.

Learning about safe sex is crucial for students but it can also address other issues. Beresheim explains, “Sexual health can also stem into relationships, such as domestic violence. Someone might not even know they’re in an abusive relationship.”

In addition to bringing awareness about sexual education, the club also hopes to break any stigmas about reproductive rights. “Unfortunately there are stigmas around sexual health but STARR can combat those,” says Beresheim.

Erin Connolly, the secretary of STARR, agrees the club will be able to clear misconceptions about sex by educating and bringing awareness to students. “Sex in general is a taboo subject,” Connolly says. “It is important to talk about sex. A lot of people downplay it, but it is really important.” She believes the club will be able to foster a community on the Marist College campus, opened to talking about sex.

As well as discussing and answering questions about sexual health, STARR hopes to provide students with a variety of resources. Connolly says the club will inform students about birth control options, including Planned Parenthood and its services. “The club is also for sexual well being,” Connolly explains, “We also want to remind people to get screened and stay healthy.”

For its first semester as a sanctioned club, STARR is hoping to organize a variety of events. Along with bringing in guest speakers, Beresheim wants to create more going-out survival kits, host a potential movie night and reach out into the community. The club has been in contact with the Vassar Chapter and hopes to collaborate with other colleges as well, such as Bard and the Culinary Institute. 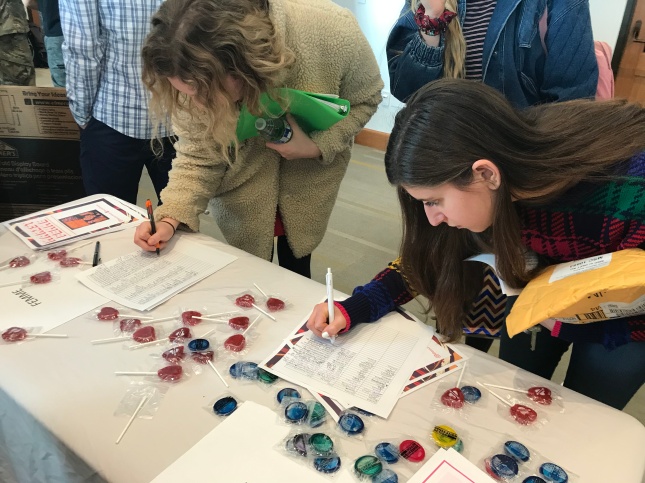 Students signing up for STARR at the Club Fair on Feb. 6. Free condoms were also available to take.