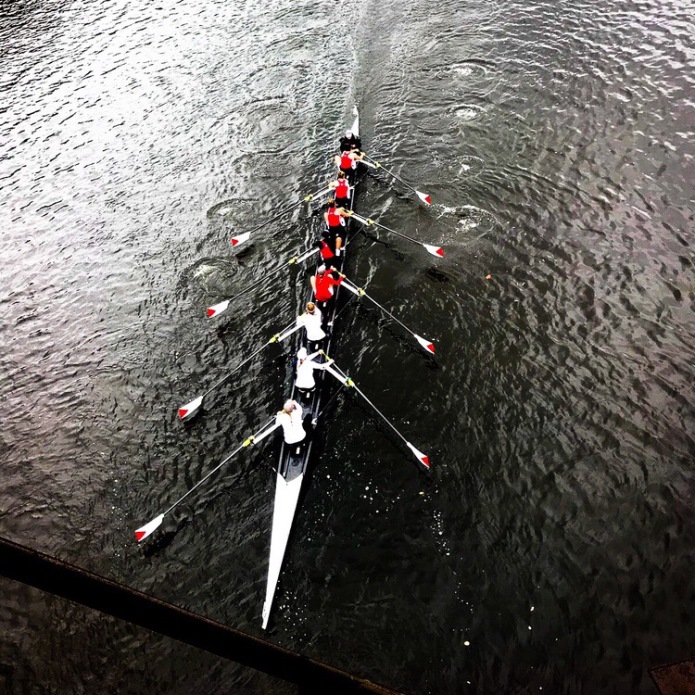 Don’t be afraid to ask if you have questions- coaches, CSAE, professors, anyone they are more than willing to help you figure things out and make sure you can succeed,” says Beatrix Bradford, a member of the Marist College Women’s Rowing Team, when asked what advice she would give to prospective student-athletes.

According to NCAA.org, there are more than 460,000 student-athletes this academic year across the nation which is a record high number.

So what is the reason for so many students participating in athletics?  Some may say it’s for the scholarship opportunities.

“More than 50% of parents push their children to compete at the collegiate level…because there is potential for money off the tuition price,” says Daniel Stevens, Athletic Trainer at Performax Physical Therapy.

According to marist.edu, Marist College sponsors NCAA Scholarships for 21 of Marist’s 23 men’s and women’s Division I programs.

However, many student athletes say that it can be overwhelming being on both a sports team and being a college student.

At Marist College, most athletes, when in season, can have practice as early as 6 a.m. meaning they have to arrive at least by 5:50 a.m.  The early waking calls for an early night to bed, but due to homework and other projects, sometimes that can be hard to do.

“We practice for 3 hours everyday and that doesn’t even include lift, team meetings, film, and prehab/posthab. Not only is playing a sport physically exhausting it’s also mentally exhausting but we’re still expected to perform at the highest level in the classroom regardless of that,” says Stephanie Stone, Marist Women’s Volleyball.

So the stress of high performance on and off the court is inevitable.

Athletes don’t necessarily have to be roommates with other athletes but there are pros and cons to doing so.  A popular comment made by many athletes is that a pro to living together is you have the same morning and night routine such as when you wake up and when you go to bed.  Because of this, there is less worry of waking up your roommates and making them agitated.

But some athletes also say it’s good to have more than one friend group.  “I would tell a future athlete to make friends outside of the team. You’re with your teammates everyday and although it’s important to get along well with your teammates it’s also important to get that separation. A lot of times what happens/the emotions in practice or in a game get carried off the court,” says Stone.

“If anything, sports has helped me create a plan and stick with it which has been very helpful,” says Bradford.