After losing to Siena 2-0 last Wednesday, the Marist women’s soccer team wrapped up an impressive 2018 season.

According to GoRedFoxes.com, the team finished with a 9-8-2 overall record and a 7-3-1 record within the MAAC conference.  The Red Foxes made it all the way to the MAAC semifinals before getting toppled by Siena.  Their loss does not discount the team’s regular season success.  The team improved on their 2017 regular season record of 8-8-3, and Coach Leigh Howard won MAAC Coach of the Year in her first season with the team.  The team’s website points out that  Howard was the first Marist women’s soccer coach to win the award since Katherine Lyn in 2011.

The team is losing five seniors this year (Kristen Reilly, Hope Quinonez, Alexis Prisco, Tori Flaherty, and Sarah Hasselkamp), but they will have plenty of young and promising talent to  build upon for next season.  Quinonez believes that this senior class has left a positive, lasting impact on the underclassmen.

“Being a part of the Marist women’s soccer team is an honor and something they will learn to cherish as their time comes to an end,” Quinonez said.

Coach Howard commented on the senior class’ resilience and ability to get results on GoRedFoxes.com.  “To be able to do that with a new staff, and to go through some of the turnover they’ve seen in four years speaks volumes about them as people,” Howard said.

Quinonez shared some of the most valuable lessons that soccer has taught her over her 18-year career.   “I think the most important lesson it has taught me has been to never take anything for granted and enjoy every single second you get to be on that field,” Quinonez said.  Quinonez was sidelined for half of the season with an ACL injury, but she is still tremendously grateful for the opportunities that soccer has given her and the success that the team has experienced this past season.

Quinonez also commented on some of her favorite moments from this past season.  Specifically, she mentioned her game-tying goal against Yale.  “There is no better feeling than scoring a goal and lifting your team up when they need it most,” Quinonez said.

The end of the season is, by nature, a reflective time for players.  It is an especially nostalgic time for seniors.  For most of them, it will be their last time playing soccer competitively.

“Might be cliche, but all good things come to an end,” Quinonez said.  “I would not change my four years as a Red Fox because my time has shaped me into the person I am today, and has prepared me to face anything that comes my way in the future.” 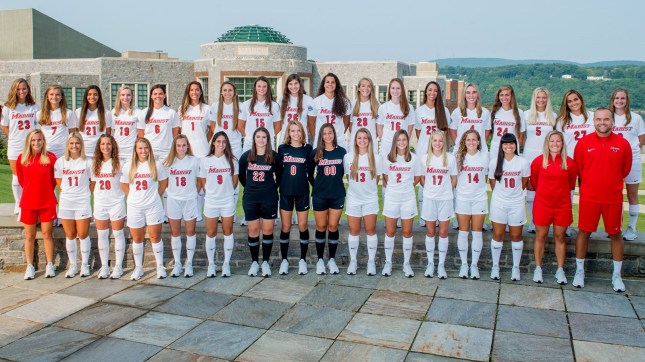