Action and excitement packed the stands at the Marist Red Foxes vs. Dayton Flyers football game. Fans roared from the stands as athletes made daring catches at the end zone, followed by the blares of the Marist Fight Song emanating from the band. One enthuastic fan nearly tumbled over the rope barrier as he congratulated a player following his game-winning catch.

Despite all the activity and fanfare that make any sporting event fun to watch, there have been reports of six to 10 concussions, six to eight ACL tears, and three to four fractures in the Marist 2018 fall athletic season.

Data on the specific number of injuries is not clear due to ongoing testing on recent injuries, according to Jeffery Carter, the Coordinator for Sports Medicine at Marist.

Carter explained that there have been approximately 200-300 injury reports made to the Athletics Department this fall, but a majority of injuries reported are those such as bruises, sore muscles, and other minor injuries.

He additionally stated that each year the number of injuries that Marist athletes endure fluctuate inexplicably.

“I would say that recognition of injuries is always getting better so that might be a reason for an ‘increase,’ but the overall rates haven’t increased here at Marist, or Division I as a whole,” Carter said.

Carter believes the number of injuries is actually decreasing due to the installation of new turf.

Since 2004, male and female college athletes reported approximately 12,500 injuries per year to the NCAA and the National Athletic Trainer’s Association.

The NCAA presently does not require sports teams to release injury reports, according to an SB Nation article. But this may change due to the legalization of sports betting.

Dr. Justin Feldman is a physical therapist and owner of Feldman Physical Therapy & Performance, with locations in Poughkeepsie and Fishkill. Feldman has treated student athletes for almost 12 years with clientele from Marist and other local colleges such as Vassar College, Dutchess Community College, Mount Saint Mary College, and West Point.

Feldman has had student athletes visit his office for concussions, ACL tears, and ankle sprain injuries so far this fall. 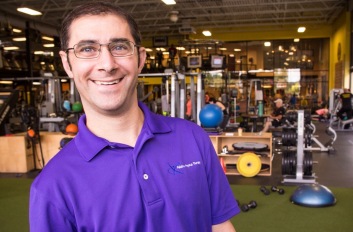 He also listed many factors that may contribute to the rise in sports injuries among college students, one of these being that the student specialized in their sport while they were too young.

“By the time they hit college, [the students] have been doing only that sport year round for too long and the stress adds up,” said Feldman. “Also, their bodies become less adaptable, and therefore more at risk for injuries.”

He additionally listed sleep deprivation as another factor in injuries related to athletics, stating that student athletes, “aren’t great at the rest and recovery aspect of sports.”

Feldman also advised student athletes to get eight and a half to nine hours of sleep each night and to work on strength and conditioning in the gym.

“I see too many athletes that don’t do the strength and conditioning part, and that sets them up for injuries,” he said.

Carter and his staff of certified athletic trainers also offer resources to college athletes when they sustain injuries.

He and his team will rehabilitate injuries that occur during any type of athletic participation, including club and intramural sports, oftentimes both with members of the Marist staff and a local physical therapist.

Carter stated that prevention of serious injuries occurs at multiple levels, including “overall safety and awareness of fields and courts; pre- and post- activity stretching and flexibility work; pre-participation physicals and health history reviews; working with our strength coach to identify weakness [and] deficiencies that can be corrected with exercises, etc.; and education and instruction with coaches to identify risky drills, etc.”

Ellie Petraccione, a member of the Women’s Lacrosse team, suffered from a fractured sesamoid bone. She stated that, throughout her rehabilitation process, her athletic trainer at Marist consistently checked with her pain levels and ensured she was progressing well towards recovery.

“I am so thankful for my experience [with the athletic training staff] because I felt valued and important,” said Petraccione. “Every single athletic trainer knew who I was, what I was going through, and they were always willing to help.”

Carter is currently working to add additional staff members for the Division I, Club, and Intramural sports leagues to further help injured athletes.

He said, “I think the only thing I would add is that although our staffing is minimally sufficient, we as a department could offer better care and more services if our staffing numbers were increased.”