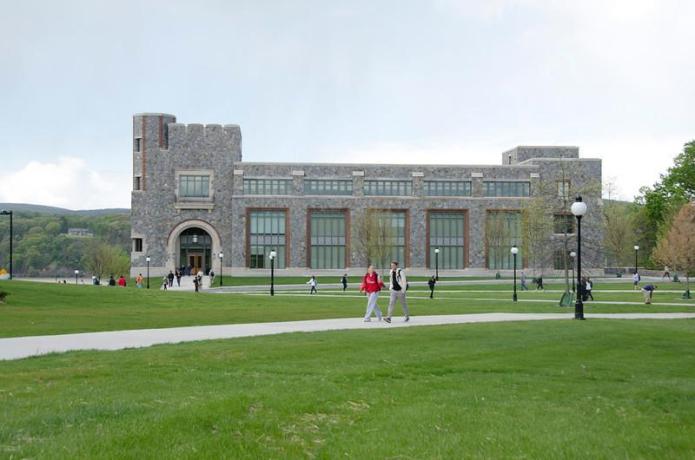 Since March, MIPO has polled twelve states about the upcoming elections.  Most recently, releasing the poll results for Indiana, Missouri and Texas.  MIPO has also released the results for Ohio, Florida, Arizona, Michigan, Minnesota, Wisconsin, Illinois, Texas and Pennsylvania. In the coming weeks MIPO will be polling in nine other states as well.

The Founder and Director of MIPO, Dr. Lee Miringoff, noted the organization “hasn’t broken out of electoral mode since 2016…because so much has been going on.”  However, he did mention that in the past “4 or 5 months” they have revved up their polling in light of the upcoming midterm elections.

Student-workers at the Marist Poll, tasked with cold calling citizens to take surveys, have felt an increase in their workload due to the election season.  Emma Bussetti, 21, a student worker at the poll, said, “Typically we do a poll one week, and then we have three or four weeks where we don’t work.  But now, we’re polling every week.”

Each poll comes from a sample of one thousand participants who are asked a series of survey questions over the phone.  Surveys include a variety of questions regarding gender, age, race, income, political affiliation, and likelihood of voting. According to the Marist Poll website, “Data collection is typically conducted over a three to five day period depending on the sample size, length of the questionnaire, and incidence of the target population.”

On top of polling for the midterm elections, MIPO has performed various national polls, as well.  Most recently, MIPO released a public opinion poll about President Donald Trump in conjunction with National Public Radio (NPR).

The results of these polls are used and disseminated by MIPO’s partners, NBC and NPR.  MIPO began their partnership with NBC in 2011, or since “the Romney Campaign” as Miringoff puts it.  Previously, MIPO has also completed polls for the Wall Street Journal and HBO’s Real Sports with Bryant Gumbel.

MIPO has also been busy with the release of their new Podcast series, “Poll Hub”, which features Lee Miringoff, Director of The Marist College Institute for Public Opinion, Barbara Carvalho, Director of The Marist Poll, and Jay DeDapper, Director of Innovation at The Marist Poll. Maringoff stated, “Since last August, we’ve started doing podcasts…and we just did our sixtieth.”  He went on to explain that each episode is about twenty to thirty minutes long, and has included distinguished guests, such as political journalist Harry Enten and New York Senator Charles Schumer.

The Marist Poll is located on the third floor of the Hancock Center on the Marist College Campus in Poughkeepsie, New York.  The organization currently employs over 300 Marist students.