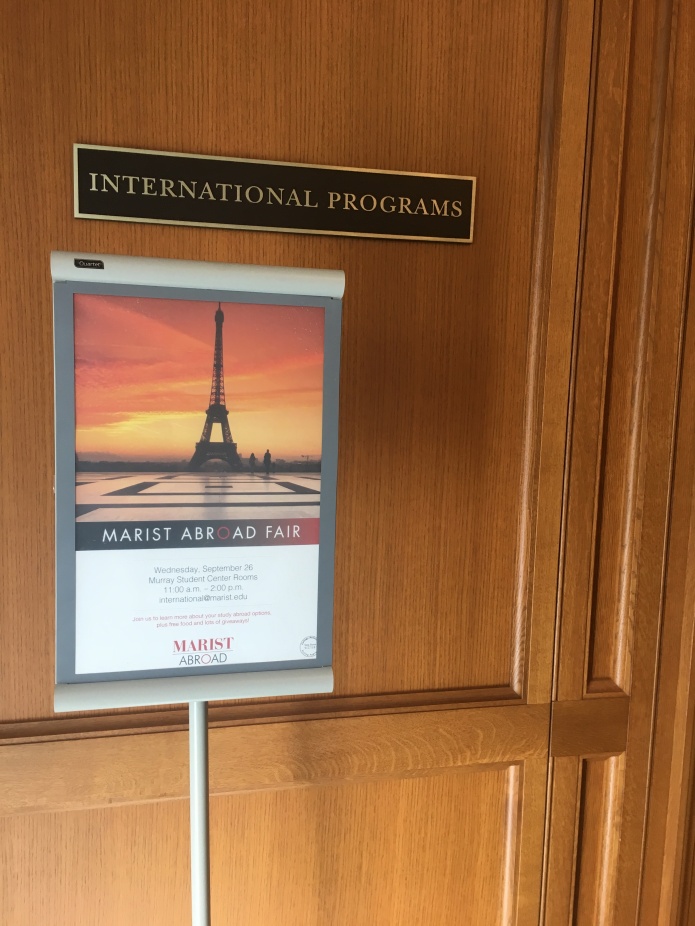 Marist’s study abroad program is one of the college’s crown jewels, frequently lauded on tours and during info sessions.  This year, the international office will tack on another addition to Marist’s already impressive arsenal of international programs: the Freshman Dublin Experience.

The Freshman Dublin Experience (FDE) is a program that allows incoming freshman to spend their first year of school studying abroad in Dublin, Ireland.  The abroad office advertises that FDE is “designed for highly motivated freshmen who wish to pursue foundation course work in a study abroad environment while also allowing for a cultural exploration of Ireland.”  The features of the program are a testament to this statement.  Students will live at Binary Hub, which is 20 minutes away from Dublin Business School (DBS), where classes are held.  The program also includes excursions to Northern and Western Ireland.

“Well-developed programs that offer students facilitated experiential and intercultural experiences are known to support their intercultural development [and their] ability to apply what they have learned to practical concepts,” says Gavin Webb, the director of international programs at Marist.

Webb also notes that the abroad office is happy with the reception of FDE.  “We’re very pleased with the interest in this new program,” Webb says.  “We currently have 28 students participating in our inaugural year.”

Marist already offers the renowned Freshman Florence Experience (FFE), but Webb says that FDE will offer programs that FFE does not.

“The program in Dublin compliments that of Florence since it offers coursework in majors such as IT & computer science or education that aren’t on offer in Florence,” Webb says.

There is a laundry list of young and bustling cities in Europe, but Marist Abroad felt that Dublin was the ideal destination for this new experience for a number of reasons.  For one, Marist already has established partnerships with institutions like DBS and the Foundation for International Education (FIE).  Students who have studied in Dublin before have also praised the city for offering a welcoming, friendly environment.

“I would say my favorite thing about Dublin was the general kind nature of the people,” said Jack McElduff, a senior who spent last fall at Griffith College in Dublin.  “They really welcomed me with open arms.”  He also said that the kind nature of the people allowed him to make friends quickly and easily, which is especially important for incoming freshmen.

McElduff also noted that Dublin is a very navigable city.  “It’s an easy city to walk around in, and there’s no subways so that kind of helps you explore,” McElduff said.

The transition from life at home to life at school can be difficult for any new college student.  However, these students will have to adjust to college life in a foreign country, which can be especially overwhelming and nerve-wracking.  Marist Abroad has taken this into account, and has emphasized that there will be plenty of resources and support for these students.

“Dedicated staff from Marist, FIE and DBS are there to support students through their academic and intercultural experience, and cultural adjustment to life in Ireland,” Webb said.  Of course, the adjustment to life in Poughkeepsie will also be challenging, but Marist Abroad has incorporated a re-entry phase of FDE that will allow students to critically reflect on their experience while integrating to life on Marist’s campus.

“It’s a very brave thing for anybody to do, to study abroad as a freshman,” said Jean Hinkley, the coordinator for all first-year programs at Marist Abroad.  “If that’s your first introduction to college… I just think that takes a lot of courage.”