Poughkeepsie, NY — Quiet Cove Riverfront Park is located on the west side of Route 9 in the Town of Poughkeepsie, just past the north entrance of the Marist College campus. The park used to only be available to Hudson River psychiatric center residents, until Duchess County purchased it. Now open to the public, the park’s proximity to Marist College’s campus is what makes it a desired destination for Marist students. Students can go to the park to walk the trails, have lunch, fish, or just hang out by the water of the Hudson River.
Kristie Kaufmann, a senior at Marist said, “I really love going to the Quiet Cove on Saturday or Sunday mornings just to take a walk with some of my friends in the early fall and spring. Being down by the water is just a nice way to get away from the stresses of

school work and everything else going on in my life. It is sad that the delays in construction are going to cause the park to be closed in the spring.”
Quiet Cove Riverfront Park’s renovation is finally back on schedule, after a long hiatus. A dispute over the cost of the project and work that was already in progress at Quiet Cove caused the project to be delayed for several years. Duchess County hopes to start construction by the end of October, and have the updated park open by the summer of 2018. Unfortunately, the construction will force the park to close from November to early April, which is peak operating time for the park and when Marist students enjoy going the most.
Marist senior, Rose Pospisil said, “It is unfortunate that the parks going to be closed during the early spring because I really enjoyed going for walks and eating lunch here on the weekends. I am happy about the renovations though, this is a really beautiful park and the additions they plan on making are going to make it even better moving forward. Hopefully, I get a chance to go and see some of the additions before I graduate.”
Duchess County has had plans to renovate the park since 2013, and has allocated about $1 million to the project. The initial plan was for Parrott Enterprises to build a floating kayak dock and a steel bulkhead, but this plan was quickly foiled after the company found major design flaws in the construction plan. After years of litigation, Parrott Enterprises and Duchess County reached a settlement that would pay Parrott for lost income, and allow the construction to continue under a revised construction plan. “The ultimate solution produced the most effective result for the County by eliminating lengthy and costly litigation and enables the County to focus on moving forward with continued improvements to Quiet Cove Riverfront Park,” Dutchess County Attorney James Fedorchak told the Poughkeepsie Journal.
The way the 26 acre park is currently constructed, it has picnic tables, grills, walking trails, and fishing spots right on the edge of the Hudson River. Marist College senior, Andrew Whelan said, “I really enjoy going for runs at the park. It is better than running on the treadmill at the gym because the park is outside and has beautiful scenery. It is also better than running on campus because there are not as many people walking around. I guess I am going to have to find a new place to run though since the park is going to be closed for a while.” 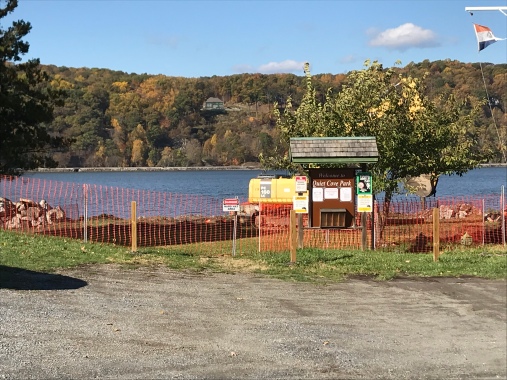 Plans to update the park include a new observation deck, more pathways for more accessibility to the river, and handicapped parking. “Any time you increase access to the river, it’s a great thing,” Mary Kay Vrba, president and CEO of Dutchess Tourism told The Poughkeepsie Journal. “It’s a big part of what makes the Hudson Valley. The water draws people to the area.”
The park is a hot spot for a lot of Marist students that are just trying to get away from the hustle and bustle of everyday life. Quiet Cove will surely be missed while it is out of commission, but will be back and better than ever in early April. Until then, there are many other beautiful spots in the Hudson Valley to go for a hike or be near the water of the beautiful Hudson River.