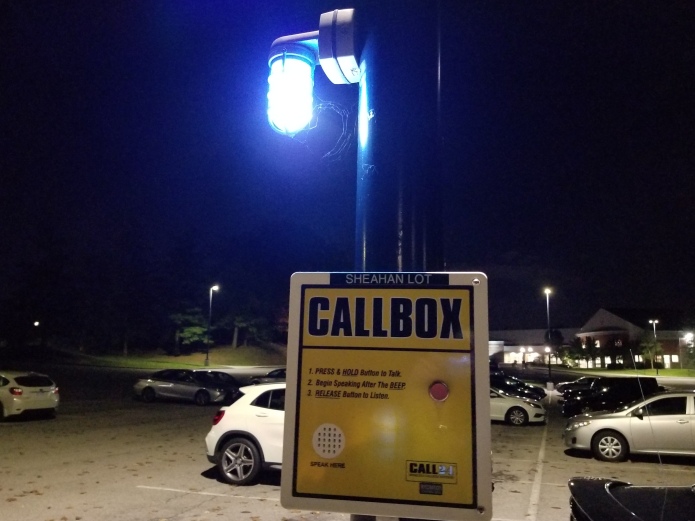 The purpose of the report is to not only summarize the amount of on campus crime and policy violations from 2014 to 2016, but to inform students and faculty on the legal definitions of these charges, the resources they have to report them and the resulting procedures for doing so.

This year’s report is more than twice as long as the 2013 report. While this is unrelated to any increases in crime, special care was taken to incorporate current legal language when detailing criminal behaviors in the categories of crimes.

“[The definitions are] taken right out of the New York State penal law, that’s what defines them,” said Associate Director of Safety and Security Brian Dolansky, who wrote the report. “This was our first time doing the report, we used a fine-toothed comb to put the report together.”

Dolansky has been in campus public safety for almost 15 years. Since 2003, he was the director of security at Westchester Community College until he accepted a position at Marist in August.

“I’ve only been here a couple months, I am very pleased to be here,” Dolansky said. “[Marist] has very much of a family feel [and] from what I have seen, I am very impressed.”

The 2013 report did not even include descriptions on crime such as assault, rape or drug possession and what behaviors constitutes as such before the charts showing the number of reported incidents. In fact, sexual assault, incest, fondling and rape were all categorized together as “Sex Offenses” in the charts.

The 2016 report separates each “Sex Offense” when accounting for reported incidents, and more attention was given to defining them along with consent, domestic violence and stalking.

“Sexual assaults are a very underreported crime, some of it is that the process may be intimidating,” said Dolansky. “Our goal is to make sure victims of any crime is to…do the best that we can to try and get justice for them…but to [also] make sure they know what resources are available to them, to get help, get care, whether that be counseling or getting them to law enforcement.”

“There’s a stigma attached to it still,” said purplethread vice president Katie Riley, part of a school organization that raises awareness on sexual assault and domestic abuse. “ [For resources] students have the counseling center, the heart1 page on the counseling center site, security, SNAP, the blue light callboxes are kinda spread out and not easily accessible all the time.”

“Illegal weapon possession” was the closest phrase that could be found in the 2013 report resembling “firearm”, “gun” or “pistol.” When identifying stalking in the 2016 report, almost all variations of firearms are mentioned, along with “cane swords, billy [clubs], metal knuckles and shurikens.”

Additions to the definition of deadly weapons, according to the NY State Penal Code

The number of murders, negligent manslaughters and illegal weapons possession arrests have stayed consistently at zero in both reports. Offenses that have risen from zero to one between the 2013 and 2016 report include arson, stalking, liquor law violation arrests.

In the 2013 report, dating violence, stalking, and domestic violence were noted to be not “not reportable under federal law” before the reporting year of 2014. The 10 motor vehicle thefts were counted as cases of “all [being] golf cart joyriding incidents.”

A concern in colleges today is the rise of sexual assault, rape and domestic/dating violence on campuses. New York Gov. Andrew Cuomo’s (D) Enough is Enough law has mandated review of all New York state universities’ sexual assault procedures and implement new guidelines to educate students on the issue.

Marist, along with Vassar College and Dutchess Community College, has been deemed as “significantly compliant” so far with Enough is Enough. This means they have yet to or are in the middle of installing new training guidelines and protocols.

For a school the size of Marist, it may come as shocking to have reported a period with no rapes on campus, and then have four reported incidents each year from 2014 to 2016.

“I think that… [since] we’re a smaller school… [it] makes it almost more dangerous,” said Riley. “[The purplethread] founder was a student here, she’s kinda the one that brought light to this.”

“This is also reported crimes,” said Dolansky, commenting the statistics represent crimes reported by students who may not always seek an investigation. “We will always investigate to the fullest degree we can…[while] being sensitive to what the reporting party wants.”

Victims may choose to speak to an on-campus Title IX representative instead of having security or local law enforcement involved. There’s an entire second addendum added to the 2016 security report to inform students and staff of the Title IX office and how its conduct court may handle parties involved in crimes.

Marist’s Title IX office sent out the 2017 Campus Sexual Assault Climate Survey last spring semester. No findings from the survey have been published yet. The Title IX office was unable to be reached for a comment.

Read the 2016 Security & Fire Safety Report here, or request a paper copy from the Safety & Security Office in Donnelly: http://www.marist.edu/security/pdfs/Safety%20Report%202016.pdf