POUGHKEEPSIE, N.Y. — The Marist Habitat for Humanity chapter is struggling to find build locations in the recently effected areas from Hurricanes Harvey and Irma.

“There are a massive amount of postings on the Collegiate Challenge website in Florida and Texas right now,” said Jack Connly, a junior from Massachusetts. The Collegiate Challenge is a one-week volunteer program through Habitat for Humanity that gives students an opportunity to travel and help build homes for people in need. 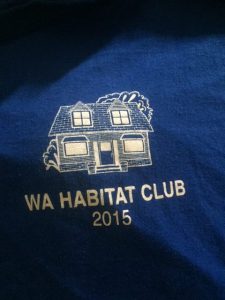 Connly continued and said, “The problem that we’re having is that most of the sites that need work do not have places for the workers to stay”. He added, “We’re looking specifically at Florida and Texas due to the hurricanes but it is difficult, logistically, to find a place where we can actually stay for a week.”

Connly explained that they cannot actually help build houses if their Habitat group does not have a place to stay. He also noted that both hurricanes Irma and Harvey were on the chapter’s radar a few weeks before they hit.

“We immediately started researching locations that we could help after we learned of the potential effects of the hurricanes.”

Hurricanes Irma and Harvey have recently decimated both Florida and Texas. Thousands of people are now left without their homes, property, and shelter. Marist College’s Habitat for Humanity program is attempting to help.

Habitat for Humanity is a nonprofit organization the builds houses and shelters for people in need. They are made up of volunteers that want to help others by providing a place of shelter. Marist College has their own chapter within the school that is composed of many students.

The Marist Habitat for Humanity chapter is currently searching for ways to help with the hurricane recovery in Texas and Florida. According to a board member, the search process has been more difficult than they first assumed.

The Vice-President of Marist’s Habitat for Humanity chapter, Victoria Cervone, is in charge of all things fundraising for their Collegiate Challenge. Cervone, a senior from Freehold, New Jersey, also gave insight on the group’s goal to help in hurricane effected areas.

“I’m hoping that we will have the opportunity to go to Florida or Texas to lend a helping hand,” Cervone said. She continued and stated, “They are going to be in need of serious help and if there is anything we can do to help, we will try to make it happen.”

According to Connly and Cervone, there is an obvious need for help in the affected areas within the areas of Texas and Florida. Marist College’s Habitat for Humanity chapter will be trying their hardest to help where they can.

Marist College’s Habitat for Humanity Chapter spent their most recent spring break, the usual week to complete their build, working in Louisiana. With the most recent disasters, they are now faced with not just improving areas, but helping to completely rebuild them.