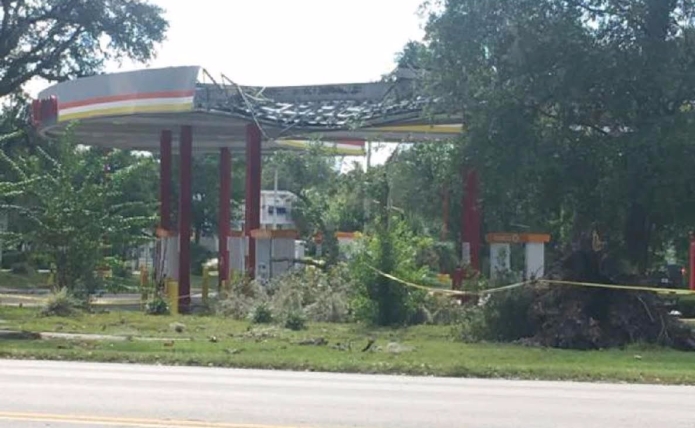 POUGHKEEPSIE, N.Y. — Concave roofs on homes and businesses, streets submerged in water, and remnants of walls, windows, and other materials littering the ground—only some of the horrifying, nearly post-apocalyptic imagery to emerge in the wake of Hurricane Irma.

“They’ve been [the hurricanes] getting worse and worse, and more frequent,” Julia Gentile Inzana says. Inzana, a resident of Hernando county, lived in Westchester, New York, for most of her life before moving to Florida 14 years ago. She has now endured multiple hurricanes, including Irma, as well as Charley (2004) and Frances (2004).

Inzana is one of many residents of the state not natively from Florida. Since 1851, Florida has proven itself to be one of the top three American states most vulnerable to hurricanes, according to data gathered by Miami’s Atlantic Oceanographic and Meteorological Laboratory. This, however, has not had an impact on the number of people that have migrated from their home-state to move to Florida, as, according to the New York Times, “Florida is the state most known for in-migration,” therefore suggesting that the most Americans move from their home state to Florida than any other U.S. state. The data raises an interesting question in wake of a natural disaster such as Irma; how does preparation for a hurricane vary upon how long one has lived in Florida? Is there a disparity between how non-native Floridians and people that are either native or have lived in the state for a majority of their life prepare?

Inzana believes that there is a divergence in how natives and non-natives prepare for these storms. “I think that we take more precautions than the native Floridian,” she says. “We prepare more. Native Floridians feel like they have been through them [hurricanes] all the time and they’ll pass right by.”

18-year-old Aixa Molina, who moved to Gainesville, Florida, from Wisconsin at age six, has a slightly different response. “I don’t think we prepared any differently [than a native Floridian]. If anything, we only knew how to prepare for it from learning from native born Floridians.”

Both agree on one thing; the importance of preparation. “It pays to be prepared and listen to the advice of the authorities,” says Inzana. “If you know you live in a compromised area or home, you need to take that into consideration. Not only for yourself but for the authorities that are tasked with trying to help you in an emergency.”

Molina has a sort of checklist to prepare for a hurricane. “If the hurricane is a Category 3 or higher, the way I prepare is I go to the store and buy a packed of water, canned foods, and bread, enough to last seven days,” she says. “Also, I make sure that my car is filled with gas just in case if I have to evacuate.” 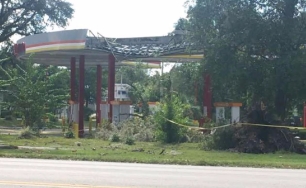 While thankfully neither Molina or Inzana were severely affected by Hurricane Irma, both were still impacted. “I wasn’t affected by Irma as much as others, all I felt were heavy winds and rain and I had lost power for a day,” Molina says. “I have a friend though who had a tree fall on top of her house during Irma,” she adds. Inzana also said that, luckily, she didn’t know anyone that had significant damage as a result of Irma, but that she believes every resident still feels the strain of the hurricane to some degree.

“We are all affected by each of the hurricanes a little bit,” she says.