Have you ever just felt so stressed about a test the next day that you just want to relieve that tension with some restaurant-style pizzas or cheeseburgers without leaving campus? That is where GrubHub has got you covered, GrubHub is an online and mobile food-ordering company that connects its users with restaurants in their local areas. According to The Wall Street Journal the company went public in April 2014 and has achieved an increasing profit by charging restaurants a commission on order booked through its service. People in the Marist community were asked if they ever used GrubHub and many replied that they hadn’t really ever used the service. If you’re part of the Marist student body or faculty and searching for other alternatives from Sodexo food here are some reasons GrubHub is the right choice.

This service can be a lifesaver especially when you’re cramming for an exam, fearfully memorizing for a presentation or having a nervous breakdown from a capping paper. When under a craving for a brick-oven pizza pie then this is the most prominent opportunity to use GrubHub. This service suits to the user’s food need by having different categories of food whether it’s sandwiches, hamburgers, Chinese, Mexican, etc. Many local restaurants right outside of the Marist campus such as Gia’s Pizza, Bottomless Belly Deli, Ginger Chinese Restaurant and Hurricane Grill and Wings use GrubHub as a form of delivery. This leaves many students with various options of “eating out” without having to “go out” or having Sodexo food all the time.

2. A party that actually has (good) food

When going to a party don’t you want it to have great food or even food at all. Even though GrubHub can be seen as a form of a lazy night take-out dinner it can be used to satisfy your friends who not only want to talk to each other but eat a good meal with each other. GrubHub, also allows its users to pre-order 120 hours in advance while also allowing users to change their order to the time they receive their order confirmation.

3.If you’re a hungry introvert

You’re more introverted when it comes to ordering food from the phone then this is the best way for you to order a meal without ever having to talk to another human being. If you’re the type of person who would sometimes rather spend time eating by themselves in the quiet room of the Marist dining hall rather than talking to other people, GrubHub is the place for you. If you’re riled up with frustration if a restaurant never gets the exact order you asked for, just type exactly what you want for a meal without having to feel rushed on the other side. GrubHub can be the perfect outlet for the exact meal that you ordered and you won’t have to talk to anyone.

According to 2010 article about past founder Michael Saunders from AOL, Saunders created the idea for GrubHub (back when it was initially known as CampusFood) when he was a junior at UPenn. He came up with the idea when he was having a midnight craving for a tuna fish sandwich and no one could get the order right. At one time or another, you might even  have succumbed to that need of satisfying a late night food craving whether it’s was a small snack or a fully loaded meal. Saunders, even understands how irritating it can get when you just want to order a late night meal from the phone and the receiver can never get it just right. That’s where GrubHub can come in and really satisfy that need of that after hours craving. It will let you know what time local restaurants are open until and allows you to make that late night deli pizza order.

5. Words from a past founder: 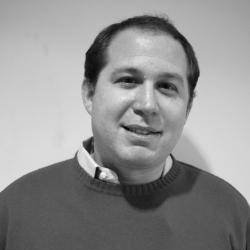 After getting the opportunity to e-mail Michael Saunders, some intriguing facts were discovered about the company. Saunders created Campusfood in 1997 and it was the first company to offer online ordering from restaurants before the creation of Facebook. Even with the support that social media can offer with the beginning process of a startup, Saunders built the business successfully without the help of social media. As soon as Facebook gain popularity, however, they moved much of their efforts onto social media and were able to reap the benefits of this new outlet. “It’s a lot easier to talk to customers than hand out flyers at 300 schools around the country,” said Saunders. When asked why college students should use GrubHub now, he said that he recommends trying it for a much better experience, from browsing through the latest menu online while not being rushed on the phone and shouting across your debit card number. “While I left the business I helped create about a year ago,” Saunders said. “I am now the at the tech incubator of Northwestern helping the next generation of entrepreneurs and I still use GrubHub all time for my lunch.”

Marist students don’t always have to turn to Sodexo when in need of a good meal. GrubHub can be a convenient path for college students and faculty to good food.