Thanks to the plethora of AP courses offered at my alma mater Arlington High, I happen to be down to my final seven credits before I graduate. My time as a Marist Red Fox is coming to a close, and the dreaded Registration Day draws near.

But seven credits is an awkward number.

Two classes will not be enough to cover the credits I need. Six of my credits will be requirements for my communications major, rounding out my degree. My final credit can be anything I so choose. I began poking around my Self-Service Banner for options.

Hence, behold: the list of classes to take just for the heck of it.

The 5 Classes to Fill Your Schedule

Of the various physical education courses offered, racquetball caught the attention of Marist alum Conor Loughlin. While the course is listed as both handball and racquetball (PHED 121), the course was almost entirely racquetball, and was taught by a coach of the women’s diving team.

“The class was actually taken really seriously,” Loughlin said. “The teacher was a real stickler for the rules. It made it more fun.”

“People really bought into it, it got intense,” he added.

The professor is currently unlisted, but racquetball is one of the more enjoyable recreational sports offered under physical education. Also available are tennis, volleyball/badminton, golf and boxing.

Marley Leary, a current junior, took boxing (PHED 132) last spring. The professor is currently to be announced, but Leary’s instructor was none other than Ron Lipton, former sparring parter to Muhammed Ali. Lipton would lead his class in a variety of intensive warmups including jump rope, pushups and abdominal workouts.

“It was all really legit,” Leary said. She went on to praise that the course had just 10 people, which allowed for intimate training sessions.

All aforementioned sporting courses offered through physical education are just one credit. They could be a fun, cheap way to fill a void in your schedule while also giving you an excuse to go the gym once in a while.

2) Those who can’t do, coach. Principles and Problems in Coaching (PHED 410).

While the sports offered for credit are all fun, they are almost all individual sports, and are meant more for students looking to get/keep themselves in shape. Those looking to train their minds to a more team-oriented atmosphere may want to take a coaching class, of which there are three offered: soccer, football, and PHED 410.

Loughlin, a communications major with a heavy interest in sports in his time at Marist, filled his schedule with both physical activity and coaching classes, which he found to be enlightening.

“People are all there because they want to be,” Loughlin began. “It’s their last semester and they want to have some fun and learn to coach. It’s nothing too strenuous but if you’re into it, you can actually learn a lot.”

With a shrug, Loughlin acknowledged that his class was entirely seniors in their final semester looking to round out their schedules with something easy. While he did well in the class, he was surprised at just how invested he became in a course that would bear little impact on his future.

In the class, students are taught how to coach in various sports according to New York State Public High School rules. While no particular emphasis is placed on any one sport, there is a general overview of “relationships, administrative problems, and personal values,” according to the Marist course catalog.

“It’s a blast,” said graduate student Darian Rivera. “Those are the kind of courses that make college fun. If you have the time, take what makes you happy.”

Principles and Problems in Coaching is a three-credit course, while the sport-specific courses are two credits.

Looking for something to look forward to at the end of the semester? Maybe missed a chance to go abroad for a semester? Well, now’s your chance. A week after graduation walk, Richard Grinnell takes a select group to England to study the life and works of William Shakespeare. This two-week, three-credit trip is a spring attachment through the Marist International Programs office that tours Stratford upon Avon, the Tower of London, Westminster Abby among other sites.

Also included in the trip are tickets to see productions by the Royal Shakespeare Company and the New Globe Theatre.

“There is nothing like seeing Shakespeare at the Globe,” Grinnell said with a smile. 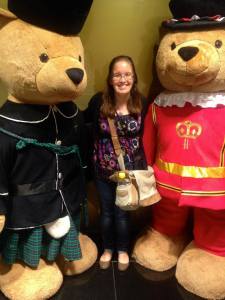 “The shows we saw were really diverse,” said alumnus Sara Curtin, who took the trip in 2014. “Stratford is basically Disney World for Shakespeare nerds.”

One does not have to be a ‘Shakespere nerd’ to appreciate the trip. Even those with an appreciation for literature who just want to spend a little time abroad can enjoy the sights of London.

“We did a lot in London and there’s lots of free time,” English major Vicki Dearden noted. “And [Richard] Grinnell is the best. I tell everyone to go if they can.”

“He’s the greatest human,” Curtin said of Grinnell with a smile.

The program costs $4,300, including credits, airfare, tickets to the plays and certain meals. If you are looking for a chance to go abroad without wanting to spend your entire senior spring semester away from campus, the Shakespeare spring attachment may be the easygoing, fun-oriented excursion that you are looking for.

“It’s a phenomenal alternative to a semester abroad,” said Zach Russo, class of 2016. “[It] allowed me to have a positive experience and still do all the things I love to do on campus year-round.”

Applications for the program are due November 15th, according to the International Programs Office.

Perhaps you want to make a foray into the world of the arts without leaving the country. Popular Music in America is low-pressure, lenient environment that encourages participation.

The course studies pop music from the mid-19th century to present day, analyzing instrumentation used, melodic structures and the developments of styles. While the course is scrutinizing musical elements, one does not need to be musically skilled themselves to appreciate it.

“I’m not really all that musical,” Marist alum Nadine Choucri said. “I still was able to enjoy the class for what it was.”

“It’s a class devoted to listening to music, it’s fun,” she added.

Community Psychology may not be what your mind immediately jumps to when you think of fun classes to take in your final semester at Marist. However, it is not so much the course material that makes this a must-take class. It is the professor: Robin Torres.

Torres is a familiar face to most Marist students. You may have seen her around, without knowing her name or what she does (just to clarify, Torres is the Assistant Dean of Student Engagement and Leadership in the First Year Programs office). Most who do interact with her realize her truly optimistic and personable nature.

“She knows how to make everyone feel included and want to be in the class,” graduate Mike Parisi praised. “She made it one of my best classes I ever took.”

Torres teaches her students about the nuances of differing communities and their interactions with each other. The course also takes a look at mental illness and its role within society.

“It’s a very important class,” Parisi continued. “It gives a different look into a life most of us don’t know.”

“I almost cried once in my 8 AM because [Torres] was so inspirational,” said Liam Cullen, who has Torres in another course. “She cares so much.”

The material for the course itself seems like an extension of Intro to Sociology in a psychological context. That may or may not float your boat. But any opportunity to be with Robin Torres should be jumped on.

An alternative psych class that comes highly recommended is the Psychology of Sleep (PSYCH 210), which Parisi and recent graduate Cassie Carroll described as “incredibly useful” and “interesting” material on the human psyche at rest.

Happy registration, everyone. May the odds ever be in your favor.