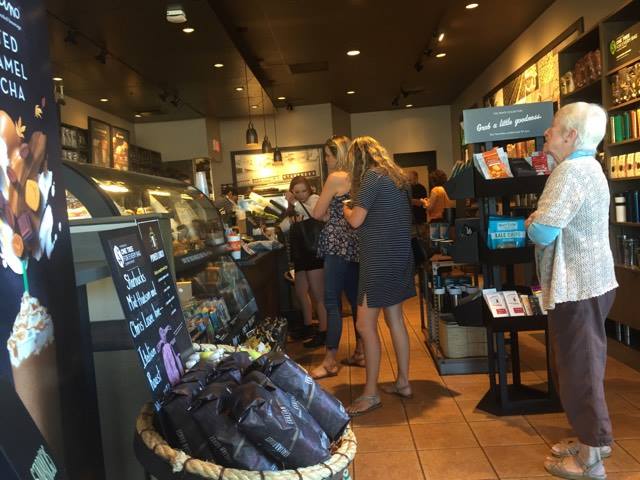 Fall time in the Hudson Valley is upon us, which means a few things: more sweaters, more spontaneous hiking adventures, more foliage pictures on Instagram, and of course, more Pumpkin Spice Latte’s at Starbucks.

But don’t let the hype fool you, Pumpkin Spice and the other fall flavors offered are important for Starbucks chains around the globe, but in Starbucks locations such as the one right across the street from Marist College, fall flavors aren’t quite the “be-all, end-all” of business boosts.

“I certainly notice a boost in business here during the transition from Summer to Fall, but it has much more to do with students coming back to Marist as opposed to the Fall flavors we offer,” said Arieana, one of several Barista’s working the counter at Starbucks during the midafternoon rush of both adults and students entering their typical order, many not of the fall flavor variety.

But workers like Arieana still do tend to notice “an increase in purchases of specialty drinks as fall time comes around.”

Despite the fact that many of those who entered the Starbucks during this time either opted for the “grab and go” option or chose to stay inside shielded by the comforting air conditioning to consume their coffee despite a clear blue sky and a nice array of tables and umbrellas for socializing outside, Starbucks junkies such as Zach, a junior at Marist College, find themselves gravitating towards Starbucks as the weather gets nicer, and the addition of fall flavors into the mix only further reward people like Zach’s daily trek across the street.

“I definitely enjoy the addition of the Fall Flavors due to their enticing and rich flavors.” Said Zach.

But for other Students at Marist like Amanda and Adam, Starbucks fall flavors only play a minimal factor in their frequent visits with only 3 weeks into the school year.

Amanda, a junior at Marist, finds herself at Starbucks on a daily basis due to a heavy loss of sleep due to increased schoolwork. When asked about her thoughts about the re-introduction of fall flavors to the mix, her answer certainly leaned towards the minority.

“I’m honestly not a fan of the fall flavors, I’m a much bigger fan of their teas.” Said Amanda.

For other students like Adam, a Senior at Marist College, he only tends to notice a moderate increase in the number of people he sees in Starbucks as the transition from Summer to Fall begins. For Adam, he enjoys the fall flavors, but finds himself frequenting Starbucks for other reasons.

“With the start of the school year rapidly underway, along with the convenience of this Starbucks to campus, it’s hard to stay away.” Said Adam

For non-students like Joanne, a working adult in her mid-40’s, fall flavors intrigue her, but overall customer loyalty reigns supreme.

“I go here because it’s the best, no matter what the season or weather.” Said Joanne.

Tough to spice things up seasonally when Starbucks Season Lasts 24/7, 365 days a year. 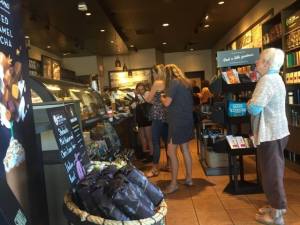