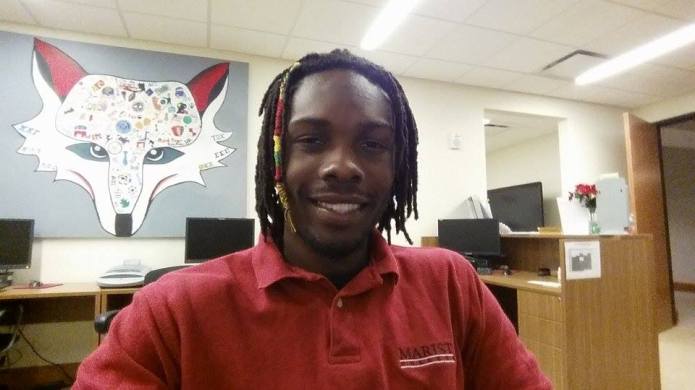 Seamus Hartt, a sophomore at Marist, is one of many commuter students who has expressed frustration at the difficulty of having a proper social life on campus.

“I feel less like a member of the Marist community, and more like a cog in their bureaucratic machine,” he says. “It’s difficult to meet people when you sit next to them silently in class, then leave and don’t see them until your next class period.” Despite this, Marist has made efforts to help commuter students make connections even amidst their hectic schedules.

Each year, 50 commuters join the Marist student body in the fall semester, followed by 40 commuters in the spring. The commuter student body encompasses a few different types of people: students who have lived in the area their whole life, adult students, students who commute from New York City and (in some cases) students who live in the Residence Inn.

A typical day in the life of a commuter requires a lot of pre-planning, according to Dakota Swanson, a junior: “You always have to plan slightly ahead which can take some of the spontaneity out of college life. We have to plan our schedules around traffic flow, parking, classes, and work too.” 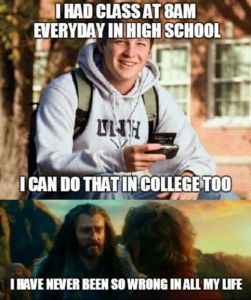 Daily life as a commuter is a little bit different for those who do not have a car of their own, yet still just as rigid. Freshman Althea Bresnahan says that she gets “driven in, so I pretty much go to class, sit around during my break and either do work, watch something on my laptop.”

Junior Patrick Talvi is the President of the Commuter Student Council, where commuters have to opportunity to gather every Wednesday during Activity Hour in the Student Commons lounge and mingle with each other. Talvi explained, “when freshman arrive on campus, they have the other residents in their dorms to create a family with. Commuters should not be any different; Commuter Student Council should be the family they create.”

It can be difficult to get all the commuter students in one room together “because commuters are trying to take on new responsibilities here at Marist while having all the same old responsibilities at home [but] I just want to get as many commuters involved on campus as possible so that they can have a more normalized college experience,” Talvi added. 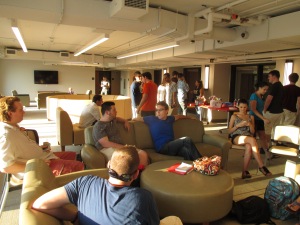 One of the many reasons why this seems to be such a struggle is the fact that most clubs on campus meet at 9 or 10 PM, which is not a convenient time for most commuters. “If you live close to an hour away…there’s going to be a disconnect between your campus life and home/social life,” said Swanson. He adds that the other students “don’t have to worry as much about gas or maintaining a car [and they] don’t have to worry about being home at a certain time as they don’t have parents waiting for them.” 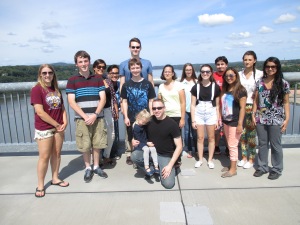 Commuters hanging out on the Walkway on the Hudson in 2014

Someone else who works tirelessly to make sure that the commuter students fit in on campus is Colin McCann, the Associate Director of First Year Programs & Leadership Development. His work with the commuter students often starts with an individual meeting in the beginning of freshman year. McCann said that the individual meeting “allows me to explain, in detail, the opportunities available to all commuting students that could help them become more connected to the Marist campus community.” McCann also tries to host programs throughout the year (such as the Thanksgiving dinner and End-of-the-Year barbecue) to unite the commuters even further. 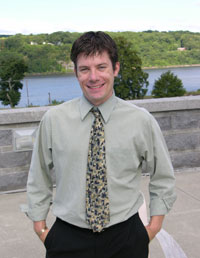 Commuters do have representation in student government on campus, with two commuter senators typically in the SGA Senate. This year, however, only one of those positions is filled. Hakim Cunningham—a senior—is the sole representative of the commuter student body this time around. 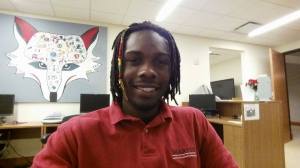 Hakim Cunningham, currently the only Commuter Senator in SGA

Of being the only commuter senator thus far, Cunningham said, “it’s a disservice to our community because we aren’t getting representation…It would serve us well to have another senator to work with to make the experience for us commuters better; to brainstorm ideas for improvement of our status and involvement on the campus.” In spite of this, Cunningham remains optimistic, describing himself as “a fighter.”