The daily routine of a Marist student involves many people who they may never notice: security guards, Sodexo workers, mail room employees, etc. These are the people who grease the wheels and keep the Marist community running smoothly; yet, they are often kept on the periphery. Here are eight Marist employees that you might come across every day without knowing who they really are.

If you’ve visited the Donnelly Café on weekday afternoons, you’ve likely been greeted by a soft Irish brogue and a smile that stretches wider than the Cliffs of Moher. Hailing from Tullamore, Ireland, Bernadette has been one Marist’s friendliest faces for the past four years.

Her path to arriving here has been a windy and unpredictable one. At the age of 18, Bernadette moved to the U.S. for four years and then went back across the pond to spend 11 years in Brighton, England. While still in England, Bernadette learned that her sister was flying over to New York for vacation, so she “decided to jump on the plane and head back over with her.” On that fateful trip, she crossed paths with a man who she had met 11 years before during her first stint in the states. That man went on to become her husband and they’ve lived in the U.S. ever since.

Bernadette, a mother of one, said her interests include hiking around the scenic Hudson Valley and spending time with her family.

Syira, who said her friends call her Sy, just can’t seem to escape coffee. While students are cramming into the late hours of the night, she is stationed at the library brew, caffeinating the Marist community. During the daytime, she works at Dunkin Donuts. Between these two jobs, she works roughly 76 hours a week.

But, when Sy does have free time, she makes it count. She’s a guitarist, a gamer, an avid reader and has a degree in Criminal Justice from Everest University. Earlier this year, she passed her law enforcement exam and hopes to soon work as a police officer.

“I’d tell the students just to never give up,” she said, “Sometimes you can get worn down, but just keeping working and you’ll get through it.”

Stop by the Marist Dining Hall to witness the two-man comedy routine of Jay and Charlie. While working together, the duo constantly cracks jokes (sometimes at each other’s expense).

“Charlie’s like the son I never wanted,” said Jay, a Marist employee for 26 years.

Born in Kingston, Jay said he works between 70 to 80 hours a week, but still finds a way to spend time with his daughter, a Criminal Justice major here at Marist.

Charlie, a Bronx native, has spent the last nine years working for Sodexo. He seems to be right in his element in the dining hall, as he added that one of his favorite hobbies was cooking.

Stop by the Hancock Café to meet Izavah, a native of the Phillipines. She and her husband moved to Dutchess County over twenty years ago when he was hired by St. Francis Hospital as a physical therapist.

Iza said that her daughter currently studies nursing in the Philippines.

“Even though she’s hundreds of miles away, we always find time to talk,” she said.

At 6-foot-7, John Ansley may by the tallest Head of Archives at any college in the country. You’ve likely seen him around because, for the last 15 years, he has presided over all the documents in the James A. Cannavino Library and helped students gather invaluable research. He has also worked on a number of projects around campus, including selecting historic photos during the renovation of Lowell Thomas.

“I really enjoy helping students realize that [the library] is actually a useful resource,” he said. “I’m always trying to promote more of a presence here amongst the students.”

Away from Marist, one of his major interests includes geology. He’s collected dozens of geodes from all over the world ever since he was a child. 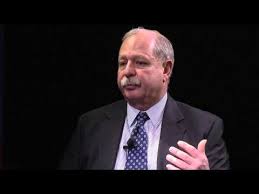 Every student knows John Gildard: the man, the myth, the Director of Safety and Security at Marist. He protects the campus. He was featured in a Her Campus article last semester. He nearly crashes Foxmail servers with his emails.

But what you might not know, however, is that he is a Marist graduate, a former police captain for the City of Poughkeepsie Police Department and a grandfather.

When asked what his favorite memory at Marist was, Gildard took a bit of a different spin on the question, responding that he is “batting a thousand” whenever he’s sent out his signature line “come to see me before I come to see you,” following any vandalism on campus.

“Marist has a lot of great kids,” he said. “And that makes my job easier.”

He said that he enjoys spending time with his grandchildren and attending their sporting events when he’s not working.

For over 25 years, Barbara has been a boundless source of energy in the Marist mail room.

“I’ve seen a lot of students come and go,” she said. “I love working here. I love being around all the kids and seeing the spirit that comes with beginning life. It thrills me.”

A self-proclaimed hippie, Barbara’s life story is one that could fill countless pages. She was born in Toronto and studied at Memorial University in Newfoundland. She’s been a political activist for the majority of her life. Forty-one years ago, she and her husband met in a hostel and have been in love ever since. Her father was the International Vice President of McGraw-Hill and her son—Marist alum, Shawn Kernes—is the founding Chief Technology Officer of StubHub. Her daughter recently worked on the Cîroc marketing campaign and Barbara noted she used this connection to “party with Puff Daddy.” She enjoys songs by Bob Dylan and poetry by Dylan Thomas. And she is currently writing a memoir about her father.

“I love my life,” she said. “I could be working anywhere, but I chose a college mail room so I could learn all the time and talk with all of you. You never really know a person until you go up and talk to them.”