“The weather plays a very important role in our business.”

Not something you hear every day, but for Thomas O’Connell, manager of Showtime Cinemas in Newburgh, it certainly makes sense. O’Connell has been working as a manager at the theater for nearly four years, and says that over the course of his time working there, he has noticed that the weather has a direct iqmpact on the amount of ticket sales. “Rain is one of the biggest factors when it comes to how many people come to the movie theater,” O’Connell stated. “It gives people something to do, to get out them of the house for a few hours.”

Timothy Cox, an employee at Showtime Cinemas, supported this statement. “We definitely get an increase of customers during bad weather conditions, mostly rain and thunderstorms,” he said. “In my opinion, people prefer to come to the movies when it isn’t nice out because of outdoor plans that might have been cancelled.”

Using a database that keeps track of tickets sold, O’Connell was able to compare the difference in ticket sales between a Saturday with poor weather conditions, versus a Saturday with nice weather conditions. The difference was outstanding: a Saturday that was reportedly raining sold exactly 2,122 tickets, whereas a Saturday that was nice outside only sold 691.
In addition to the direct affect that rainy days versus sunny days has on the theater, O’Connell explained how there are many other types of weather conditions outside of just rain and shine that the theater staff has to take into consideration when preparing for the day. 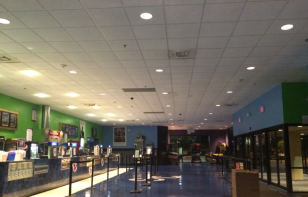 ng the winter, it tends to slow down, mostly due to bad driving conditions in the snow.”

Interestingly enough, although it is poor weather that attracts the most customers, both Showtime Cinema employees agreed that the summer is the busiest season for them. “Between school being out of session and popular movies being released, crowds are naturally drawn in,” said O’Connell, “There is also that summer heat that attracts people to come to the theater.”

Ashley Garrahan, a Newburgh resident, believes that the weather affects her desire to go to the movies or not. “I usually come to the movies when it rains because it is something fun to do instead of just sitting at home,” said Garrahan. “Unless there is a new movie out that I really want to see, I usually don’t come to the theater when I could be doing something outside.”

O’Connell said that in addition to ticket sales, the weather also plays a role in how him and his staff prepare for the day. “We are usually able to predict what kind of day we will have based off what the weather is going to be,” stated O’Connell, “Then, we can prepare for how many staff members we need working, and if need to stock more concession products.”

When the theater is busy, it is important that they have enough people working the concession stand. Cox stated that although items like popcorn and candy might not necessarily be affected by the weather, it definitely impacts the sales of ICEEs, bottles of water, coffee, and tea.“The colder beverage sales spike in warmer weather, and hot beverage sales spike in colder weather,” he said.

Overall, movie theaters depend on the occasional bad day to bring in customers. Of course, there are plenty of reasons that people go to the movies that may have nothing to do with the weather, such as the new release of a film, a date night, or just going out with some friends. All the same, poor weather conditions are a very valuable asset in attracting people to come to the theater.