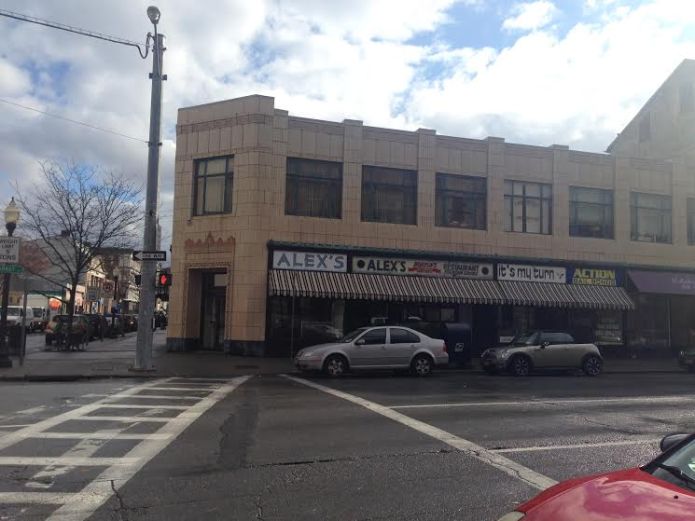 At the corner of Main and Market Street in the City of Poughkeepsie sits Alex’s Restaurant, a quaint breakfast and lunch bistro. Alex’s website describes its interior as art deco, but Front of House Manager Michael Pertesis says that the mellow green walls, white accents, brick floor and exposed radiators are meant to be “reminiscent of an old-fashioned place that has been here for one-hundred years.”

Greek immigrant brothers named Alex and Christopher Pappas established Alex’s in 1911. Alex’s did not begin as a restaurant and was originally a newsstand and before it became a grill and restaurant in 1920, it was also a shoeshine stand, a fruit stand and a little grocery store.

The original entrance to Alex’s. Photo courtesy of alexsrestaurant .org.

After fifty years of business, “the Alex” decided he wanted to sell the restaurant. He told a Poughkeepsie Journal reporter in March of 1961 that he was quitting and expected to turn over the keys of his restaurant to his successors later that week. “And that will be it”, Alex told the Poughkeepsie Journal, “I think I’ll take a rest.”

The successors of Alex’s Restaurant were the great uncles of now owner Dimitrios Pertesis. After thirty years as a culinary chef, in which eleven of them were spent at the executive chef at the Palace Diner, Dimitrios Pertesis bought the business from his uncles in 2002. Mr. Pertesis son, Michael Pertesis decided that it would be a great idea to keep the business in the family and began working alongside his father when he was eighteen. and “It just kind of stuck,” says Michael Pertesis, “before I knew it I was doing the graphic design for the menu, designing food concepts and doing all the take out orders.” 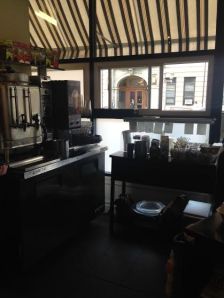 Upon entering the restaurant you will be greeted warmly by the staff and seated almost immediately. On the corner that faces Main Street is a big picture window that allows guests to sit and observe the hustle and bustle that is the business district of the City of Poughkeepsie. Located on the side of the restaurant that faces Market Street, is a “to go” window that was Alex’s original front door. The to go window was installed during a renovation and expansion that occurred in the 1980s. The window is used for to go orders for walking patrons and son Michael Pertesis says, “our regulars use it mostly. They come up to the window, we recognize them and start their orders.”

Although Alex’s is located in the business district and is only in a short walking distance from the courthouse, DMV and the Bardavon, son Michael, says that their location does not have anything to do with their success over the past twelve years. “New business’ pop up and the city starts to buzz about them, and then the business’ either close or the buzz dies down, but we never seem to be affected by any of it. I think we survive because of the nostalgia the restaurant has, our consistency and it’s presence for so many years. I also think it’s because of the relationships with have with one another and with our customers and I think that makes us stand out.”