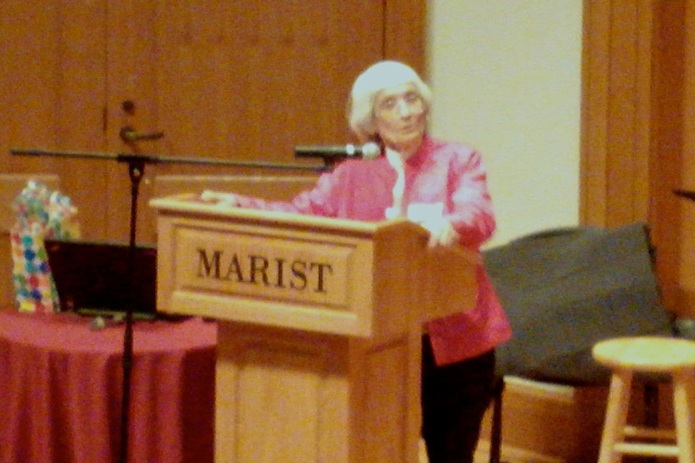 The fight for gender equality in education was technically won back in 1972 with the passing of Title IX. The law applies to these 10 aspects of the education system: access to higher education, athletics, career education, education for pregnant and parenting students, employment, learning environment, math and science, standardized testing and technology.

However, 42 years later, students and schools are still grappling with the integration and practice of it. In the past few years, though, there has been a federal push for colleges to reevaluate their adherence to Title IX. Starting in 2011 with the Dear Colleague Letter and followed by other federal mandates, the issue for gender equality, particularly sexual assault and violence, will culminate in November with the National Week of Action. To prepare for this, here is a guide to Title IX’s history, new policies and available resources for students.

Dr. Bernice Sandler is known as the “Godmother of Title IX.” In the late 1960s when she began working as a lecturer at the University of Maryland graduate school, the phrase “sex discrimination” didn’t exist. Despite her success as a lecturer, she was passed over for one of the seven available professor positions. When asked why, she was told that she was ‘too strong for a woman.’ It was only after her husband told her about sex discrimination that she realized there was something wrong with the system.

From there, she began to research and found that many of the existing laws regarding equality didn’t address education employees. It was only when she found a Presidential Order stating that all federal contractors cannot discriminate based on sex that Sandler knew she had an argument.

With the help of the Women’s Equity Action League, Sandler began filing administrative charges against universities and colleges across the country. Then, in April 1970, the federal government began investigating Harvard University and the University of Michigan.

The movement gained momentum, though, with the help of the Mother of Title IX, Representative Edith Green, who introduced the bill into Congress and worked to have it passed. When it was signed into law on June 23, 1972 by Richard Nixon, very few people grasped the impact it was about to have.

“It wasn’t bravery,” Sandler recalled, “but a matter of social justice. I wasn’t scared I was just mad. No one does this all by themselves.”

Many people know Title IX from an athletics perspective because it was the subject of the first major Title IX case. The suit (Haffer vs. Temple University) was filed on April 8, 1980 and settled September 6, 1989. Due to a large discrepancy in the budget for male and female athletes at Temple, the women’s athletic club at the university met with the National Women’s Law Center and decided to pursue a lawsuit under Title IX.

The group of students was led by Rollin Haffer who was a member of the school’s badminton team as well as the student athletic director. When the issue first arose, Haffer met with the president and vice-president who had laughed at her, but when she returned with the papers, they finally addressed the issue seriously.

“I would walk down the hall and professors would point at me and say ‘she is the troublemaker,’” Haffer said. “There was another time when I was running on the track and the football team surrounded me and roughed me up a little bit.”

Once Haffer filed the suit, female athletes in other programs began coming forward, making it the first systemic case of Title IX. Haffer and other athletes had the chance to testify before Congress before the case was finally settled outside of court.

“We looked at it as something that really needed to be done,” Haffer said. “It was for our daughters, granddaughters – the women after us. We weren’t doing it for ourselves but for the future generations of women.”

Since that case, there have been additional laws supplementing it. One such example is the Clery Act of 1990 which mandates   every college to publish their crime statistics online so that potential and current students can view the records. In 2013, under   the Violence Against Women Act (VAWA), the SaVE Act expanded the Clery Act to include not just reported cases of sexual         violence, but dating and domestic violence, stalking, intimidation, sexual assault and hate crimes.  Colleges and universities must also discuss their preventative programs available to students.

According to the Act, around 20 percent of women and six percent of men in college will be victims of assault or attempted assault.

In light of this, the DCL reminds schools that they must have a grievance procedure for students, take effective and immediate action in investigations and submit an annual security report.

It’s also important to remember that these acts ensure a fair system for every party involved, regardless of gender or race.

What Marist Is Doing

As of March 2014, all colleges and universities (including Marist) have been reworking their Title IX policies. Marist has been working with the law consulting firm, the National Center for Higher Education Risk Management to ensure all of their policies are compliant with Title IX. They have also established a single policy and procedure for students, faculty and staff.

According to Vice President of Student Affairs Deb DiCaprio, 14 Marist administrators, including herself, have been trained as Title IX investigators.  Further, faculty and staff will be trained in their responsibilities under the law, and all incoming students will be trained in the law and policies as well.

The updated policies will be reviewed and voted on by the Board of Trustees soon and a page on sexual violence will added to the Marist website. The site will include on and off-campus resources for students and information regarding reporting and a victim’s options.

For confidentiality, students can contact counseling services, health services, the chaplain, Rape Crisis / Crime Victims Hotline and the Domestic Violence Services of Dutchess County. Options for reporting include the Title IX coordinator Christina Daniele, Safety and Security, Office of Student Affairs and the Poughkeepsie Police. Victim advocates are also available on campus, such as Roberta Staples.

“It’s On Us” is a movement spreading across college campuses with the intention to show that the responsibility for the prevention of sexual violence is on everyone and that victims are not alone. As a part of this, college campuses are signing petitions to speak up and advocate for victims. The week of November 17 is declared National Week of Action, and across the country, college campuses will host events to raise awareness. Marist is among those colleges and events for the week are currently being planned.

Another option for students is the Mentors in Violence Prevention (MVP) program, which informs students of the importance of bystander intervention. Offered every semester, it can be taken either as a non-credit or one credit course.

Brian Lampert is a senator for Marist’s Student Government Association, is working to coordinate the National Week of Action and is taking the MVP course.

“This program actually does help,” Lampert said. “There was a medical emergency in one of my classes and a lot of people froze up. Normally, I would have froze, but I was able to be calm and do something because of this class.”

All of these programs are meant to show that victims are not alone, and it’s the responsibility of everyone to prevent these occurrences.

In regards to sexual assault victims, Sandler had these words to say: “You can ignore them, help them or hurt them – and there are too many people choosing to hurt them.”

Through the initiatives of the federal government and college campuses, the hope is that more students will choose to help.

If you are a Marist student and want to become more involved with SGA’s Title IX, you can contact Brian Lampert at brian.lampert1@marist.edu or fill out the form below.