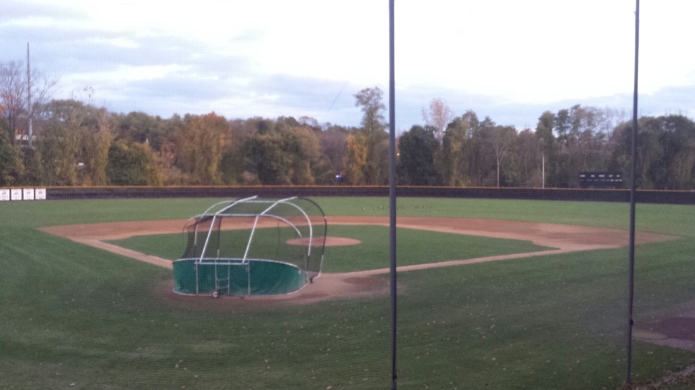 The 2013 World Series kicks off on October 23 with the St. Louis Cardinals facing off against the Boston Red Sox, and Marist campus is buzzing with excitement and speculation on the intense action to come.

After a ridiculous month of postseason baseball the Red Sox and Cardinals have fought their way into this year’s Fall Classic. The Red Sox took the American League pennant after defeating the Tampa Bay Rays three games to one in the AL Division Series, before defeating a dangerous Detroit Tigers pitching squad in the AL Championship Series. The National League favorite St. Louis Cardinals walked through a bolstered Pittsburgh Pirates squad in five games, before stunning the surging L.A. Dodger in six.

“I think both teams had quite difficult paths,” said Marist sophomore Mike English. “The Cardinals had to go against the Dodgers who were the best second-half team in the Major Leagues and the Red Sox had to go against prolific pitching in Justin Verlander and Max Scherzer. They also had to face former Triple Crown winner Miguel Cabrera.”

It doesn’t hurt that Marist is home to more than a few deeply invested viewers.

“I’ve been a die-hard Red Sox fan for all of my life,” said Marist senior John Campoli. “The fact that the Sox are in the World Series is a huge deal to me. This is what sports fans dream about.”

The intensity of the action leading up to this matchup has drawn in fans, who would otherwise have shown little interest.

“I’m usually not all that interested in baseball, but when it’s the World Series it’s impossible not to get excited.” Said Marist junior Zach DeWeese. “Everyone on campus is talking about it and figuring out where to watch the games. It’s fun.”

Game one will take place at 8:07 p.m. at Fenway Park in Boston, Massachusetts.

With such passion flowing through much of Marist’s campus, it’s certainly not a surprise that festivity and celebration can often be seen within the college dorm buildings.

“We’re throwing a little bit of a party for game one of the World Series,” said sophomore and Foy resident Connor Keefe. “We’re all sport fans, so this is a big deal in our household, even though we don’t live with any Red Sox or Cardinals fans.”

The commotion is so great that it’s even drawn in some of the New York fans who were eliminated from contention long ago.

“I’m a Mets fan so really this series doesn’t mean too much to me. It’s cool to watch because these teams had the best records in the MLB and they won their championship series in the same number of games,” said senior Terrence Post.

“These teams are perfectly matched up. How often does that happen?”