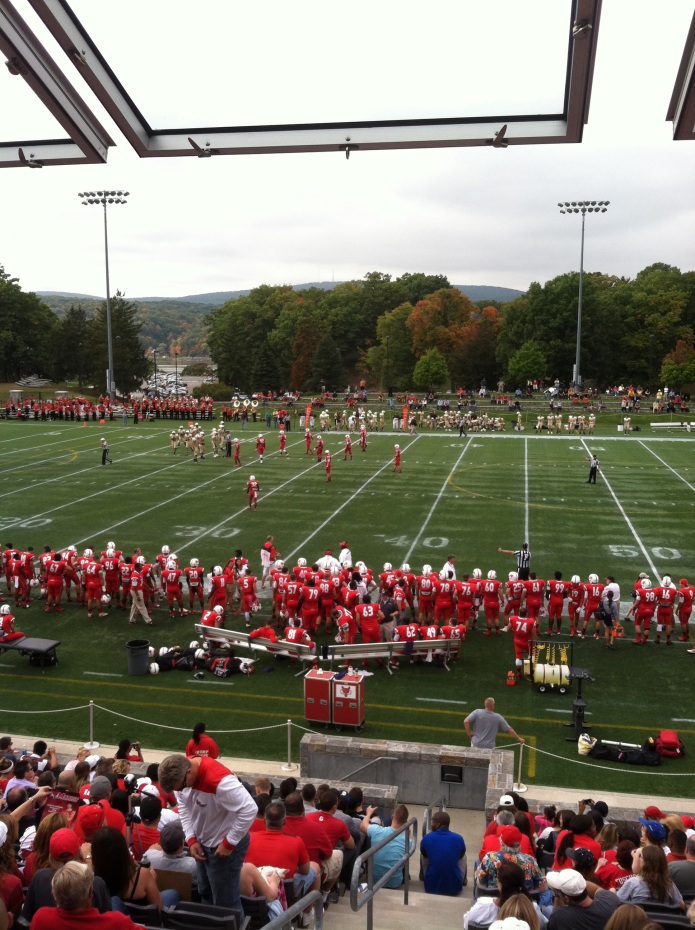 With fall well underway and mid-semester break just around the corner, there was plenty of Marist activity on social media last week. Here are the top five trending stories on Marist from last week:

The Marist football team squared off against Pioneer League rival San Diego on Saturday afternoon, in San Diego, Cali. Both teams were 2-0 in the conference entering the game. With first place on the line, the Red Foxes scored a late fourth quarter touchdown to take a 33-32 lead. But San Diego would drive down the field on the final drive to attempt a 33-yard field goal for the win. The kicker missed, but Marist was called for running into the kicker, giving the Toreros the game-winning kick from 28 yards away with no time left to win, 35-33. Marist is now 3-3 overall, and 2-1 in the PFL.

In other Marist athletics action, the men’s soccer team hosted Saint Peter’s on Saturday night at Tenney Stadium. The Red Foxes got their first MAAC victory of the season, defeating the Peacocks, 2-1. Senior captain Gerry Ceja got Marist on the board first off a free-kick header in the first half. Saint Peter’s tied the game in the second half, but junior Myles Ashong scored just over a minute later to secure the victory. Marist is 1-2 in conference play.

On Wednesday, the beautiful Marist campus was graced with a beautiful fall skyline following a heavy rainstorm. The sky was filled with bright orange and yellow, coming together to create a pink color that was underneath a purple cover. Students took to their Twitters and Instagrams to capture the site. Marist has always been known for its breathtaking beauty, and Wednesday’s skyline was the latest example.

Marist students enjoyed a matinee performance of the Broadway musical, “Pippin,” courtesy of the Student Programming Council. Pippin won the 2013 Tony Award for Best Revival of a Musical and Best Direction of a musical, among other things. SPC sponsors trips for Marist students to see Sunday matinees throughout the school year. They provide free transportation and a Broadway ticket for just $25.

The Marist College Council of Theater Arts put on their production of Agatha Christie’s  And Then There Were None,” a murder mystery. There were four performances of the show throughout the week, and faculty and students alike were impressed by the cast’s performance.