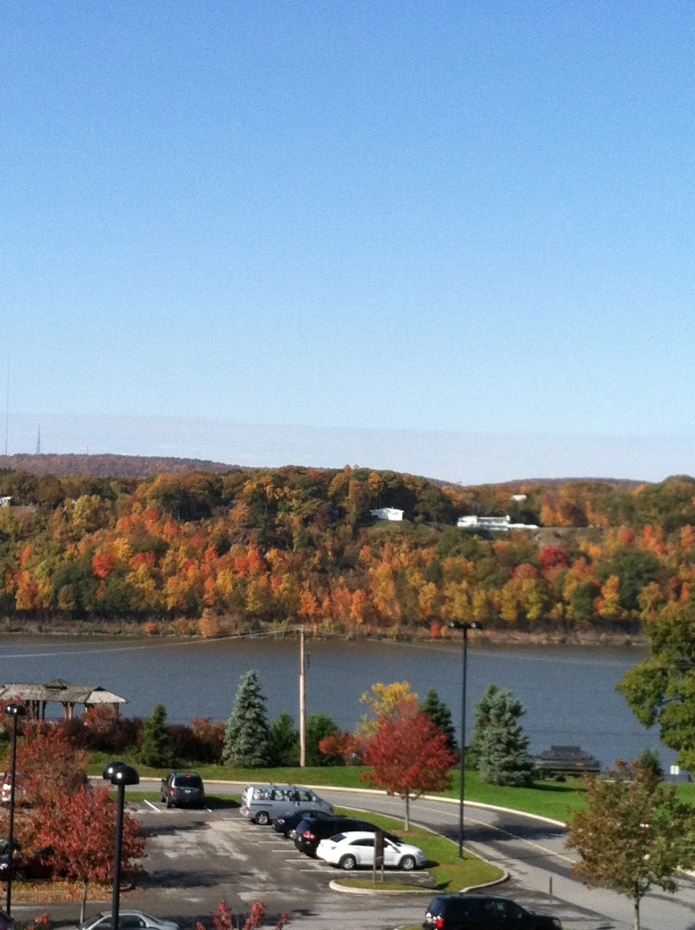 With another busy week in the books, Marist students, staff, and alumni used the Marist hashtag on Twitter to tweet about the various events and trends that highlighted the week at Marist College. Here is a snapshot of what was posted.

This weekend was alumni weekend here at Marist and many alumni tweeted about their excitement to return to Marist where they could reunite with friends, catch the football game versus Valparaiso, and visit establishments they enjoyed while they were students.

Thanks @MaristCCS for a great career fair. 15 resumes handed out & a bunch of feedback/networking done. Fingers crossed! #MyMarist #Marist

On Thursday Oct. 3, the Center for Career Services sponsored a Career and Internship Fair in the McCann Center Gray Gym. Recruiters with companies from across the Hudson Valley attended the event to discuss future career and internship opportunities with students.

#Marist defeats Valpo 37-0 on homecoming and stands at 3-2 overall and 2-0 in #PFL play. #GoRedFoxes… http://t.co/keHGheqLuW

On Saturday Oct. 5, Marist football played host to Valparaiso for the 2013 homecoming game. The Red Foxes made the many alumni in attendance proud by defeating the Crusaders 37-0.

The view of the Hudson River outside of the James A. Cannavino Library is a common favorite spot on campus for students. Photo by Michael Sacks

The place I spend the most time. I love my school!! #marist #mymaristspot #dyson @maristamb http://t.co/tQkWUCmLzE

This week, many Marist students tweeted photographs of their favorite spots on campus using the #MyMaristSpot.

Check out my latest @Marist Fox Tales blog about my life in NYC and interning for @seventeenmag! http://t.co/pW4URT0PxF

Many students and staff members took the time to tweet about the re-launch of the website Maristfoxtales.com. This website is a live journal that provides an inside look at the Marist College community helping those outside the community gain a better understanding of everyday life at Marist College.

On Saturday Oct. 5, the Marist Women’s Soccer team hosted Rider. Marist Athletics spent most of the game live tweeting about the game. The Red Foxes defeated the Broncs 5-0.

#Marist DE Terrence Fede named @PFLNews Defensive Player of the Week for the 3rd time in his career: http://t.co/8CU6v6rbBb. #GoRedFoxes